Peter Walsh and his team at Amelia Park are hoping Gingerella’s win at Bunbury on Wednesday is a sign of things to come in the G1 Kingston Town Classic.

Gingerella is a daughter of Gingerbread Man and she looked a city-class filly with a brilliant front-running victory in the Amelia Park Wines Maiden.

Walsh is a generous supporter of race clubs throughout Western Australia but the sponsorship of a $15,000 race at the provincials will pale by comparison if his Gingerbread Man 3yo Achernar Star wins the $1 million Kingston Town Classic at Ascot this Saturday.

Achernar Star will carry 52kg under the weight-for-age conditions and is coming off an unlucky second in the G2 WA Guineas.  “It’s going to be a hard race to win but there’s a million dollars on offer,” trainer Simon Miller said.  “He couldn’t get a crack at them in the WA Guineas.  He got shuffled back and only dashed up a couple of furlongs.”

Walsh bought him for $75,000 at the 2016 Perth Magic Millions when offered by Korilya Stud’s Ellie Giles.  He races the chestnut in a syndicate that includes Adrian Harrod, Josh Hardy and Dan Jancec.

Gingerella (3f Gingerbread Man – Jestervale by Real Jester) changed hands for just $11,000 at the same sale from Cromartry Park.  She’s the final foal of a half-sister to the dam of The Rising (G3 Colonel Reeves Stakes).

Jockey Lee Newman sent Gingerella straight to the front at Bunbury and proceeded to blitz some smart maidens by two lengths and change.  She is trained by Simon Barrass for owner Joe Singh who raced Gingerbread Man in Singapore.

Gingerbread Man (Shamardal) was the leading sprinter-miler of his generation in Singapore and was crowned their Champion 2YO & 3YO.  He returned to win the G2 Stewards Cup at Kranji in 2012 before being signed to stand at Yarradale Stud. 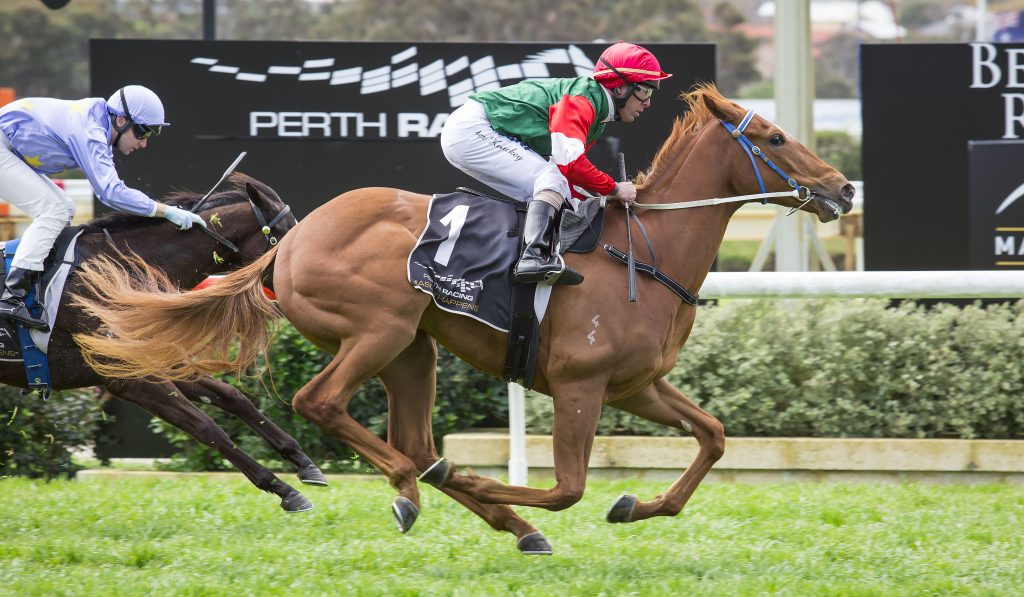