War Chant (USA) came within a length of winning the G1 Railway Stakes last weekend and he’s back for another crack at Ascot this Saturday.

The Yarradale Stud champion had Variation finish fourth in the Big Mile and his dynamic mare Dainty Tess is ready to run the race of her life in the G1 Winterbottom Stakes (1200m). She is a last-start winner of the G3 Prince of Wales Stakes (1000m) and appears tremendous each-way value at $19.

“We keep raising the bar and Dainty Tess keeps lifting,” trainer Dan Morton declared. “I haven’t trained one this tough since Scenic Shot.”

Yarradale is coming off a winning week that started with Missile Launch at Bunbury last Sunday. A huge son of Smart Missile, he was a $40,000 buy for Vaughn Sigley out of Yarradale’s draft at the 2015 Perth Magic Millions.

“We’re in no hurry with him,” Sigley said after the lightly-raced 4yo came from the clouds first-up after a six-month spell. “He had been keeping up with some of our better-performed horses at trackwork.

“He’s well over 17 hands and, when he trod on someone at the stables last week, they let out an almighty scream.”

Missile Launch is the final foal of USA-bred mare Takeiteasyedye. She won 10 races in New York and her dam Jungle Dawn won the 1987 Railway Stakes at Ascot before relocating to Kentucky.

Yarradale graduate Wild Ava (High Chaparral) also won first-up at the Gold Coast on Wednesday. She was purchased by Mark Geraghty for $90,000 at the 2015 Magic Millions 2YO Sale and is ready to go through the grades for new trainer Matt Dunn.

Wild Ava is the first foal of LR Supremacy Stakes winner Single Spice (Not A Single Doubt) and the mare’s yearling colt by Gingerbread Man has been catalogued for the 2018 Perth Magic Millions. She has another Gingerbread Man colt on the ground and is back in foal to City Place (USA).

War Chant 3yo War Room chimed in at Bunbury on Thursday to remain unbeaten for trainer Darren McAuliffe. He is a homebred for Impressive Racing and is the first winner from their Viscount stakes winner Impressing Matters (LR Burgess Queen St).

Yarradale manager Bernie Hamill reports the last of the stud’s foals have arrived and the yearlings will be in soon to prepare for the 2018 Perth Magic Millions. 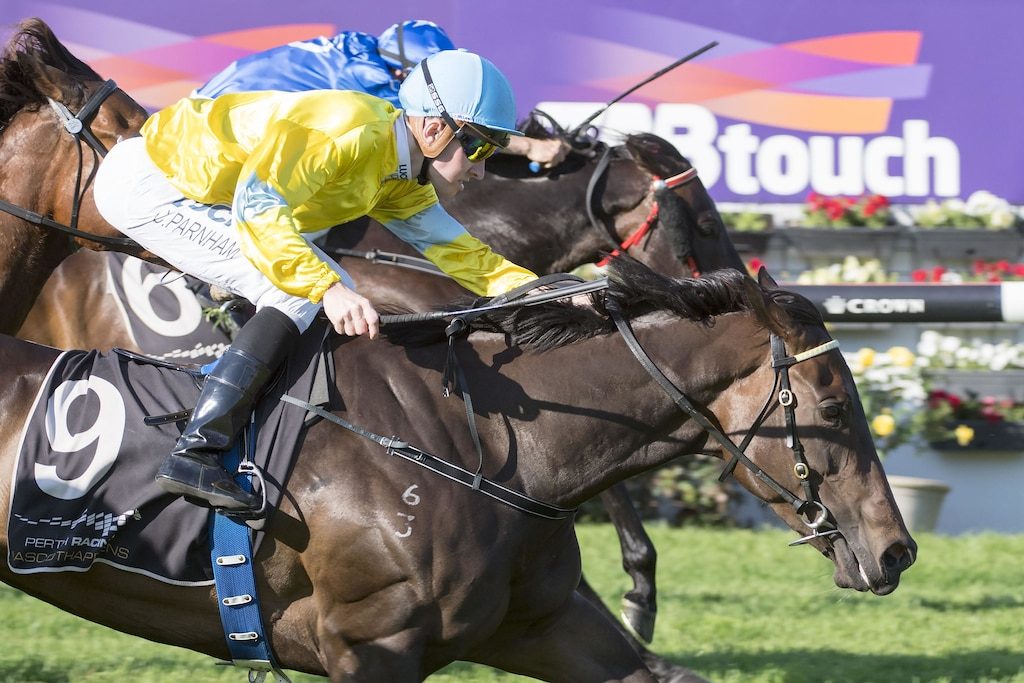