Trainer Paul Jordan struck again with a 2yo graduate from Yarradale Stud at Bunbury on Wednesday.

His precocious colt Fire And Rain (Oratorio) gapped a field of early-season juveniles in the Blackers For Breakfast Maiden (1016m). Sent to the lead by Craig Staples, he was pestered in front before putting three-lengths on Jedaffair (Trade Fair) and Apparition (My Admiration).

Jordan had jumped the gun with 2yo colt Carolina Reaper a very impressive winner at Ascot on November 5. A son of Frost Giant (USA), he was purchased by Jordan and Harvey Crossman’s Lima Syndicate for $32,000 at Yarradale Stud’s yearling sale in May.

Fire And Rain races in the same colours and was a bargain $15,000 buy from Yarradale at the Perth Magic Millions in February. He’s by Sunspeed champion Oratorio and is bred to win better races on the bottom half, too.

His dam Girl In A Storm (Metal Storm) completed a hat-trick at Ascot in 2006 and was sold off the track to Yarradale owner Ron Sayers. Second-dam Genuine Girl (Is It True) won a LR Crystal Slipper Stakes back in the day when it was black-type.

Girl In A Storm has already thrown the winners Flash Black (Moonee Valley), Storm God (Ascot) and Storm Girl (Sunshine Coast). Another daughter Frizzled was retained by Yarradale and her filly by City Place (USA) was purchased as a foal earlier this year by Tony Marwick.

Sayers leased Girl In A Storm to Santo Guagliardo this year and she’s in foal to Rommel.

Yarradale has catalogued 33 yearlings for the Perth Magic Millions in February. The quality draft commences with Lot 11, an Exceed And Excel three-quarter brother to Sydney Group 2 winner Lamasery. 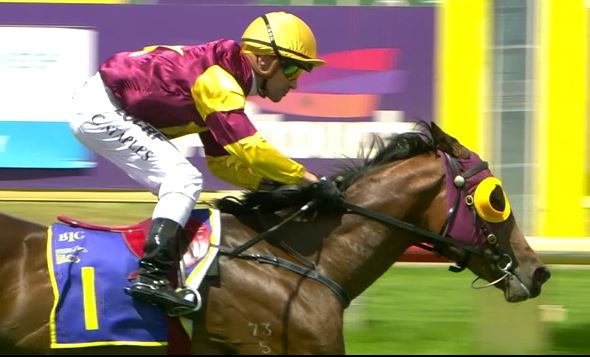