Owner-breeders Michael and Jill MacDermott experienced the thrill of a lifetime watching their black and yellow shamrock silks carried to a home-town victory by Material Man in the G2 Perth Cup on New Year’s Day.

Material Man (Vital Equine – Del Lirio by Hussonet) is the end result of the Perth couple buying a handful of yearlings and broodmares through Pedigree Dynamics in 2005.

The yearlings included Del Lirio who won two Sydney metro races before the MacDermotts took her to Perth where she retired to their boutique farm.   A mating planned to Danehill-line sire Vital Equine produced the classy Material Man who has now amassed over $1 million in prizemoney.

The MacDermotts have wound down their racing and breeding operation to a significant degree in recent years with Michael’s ongoing ill-health occupying all their attention.  Del Lirio was sold earlier this year and her new owners sent her to Newgate Stud to be covered by Wandjina.

MacDermott said his life was almost back to normal after a fight with cancer.  “I’m feeling stronger every day.  I’ve won stakes races in Sydney but nothing like this.”

Material Man was runner-up to Pounamu in the G1 Kingston Town Classic and G2 Ted van Heemst Stakes before turning the turning the tables on the grey in the Perth Cup (2400m).  “He’s the best horse I’ve ever had,” trainer Justin Warwick declared.  “Today was probably 100 metres further than he wanted to go but he never runs a bad race.”

He’s also the best galloper by Vital Equine (Ire) who stands at Rosalee Park in Serpentine by arrangement with Yarradale Stud.

Vital Equine has three yearlings for sale at the Perth Magic Millions starting with the filly from Sweet Apparition (Lot 147) who is a half-sister to G3 Hyperion Stakes winner Local Legend. 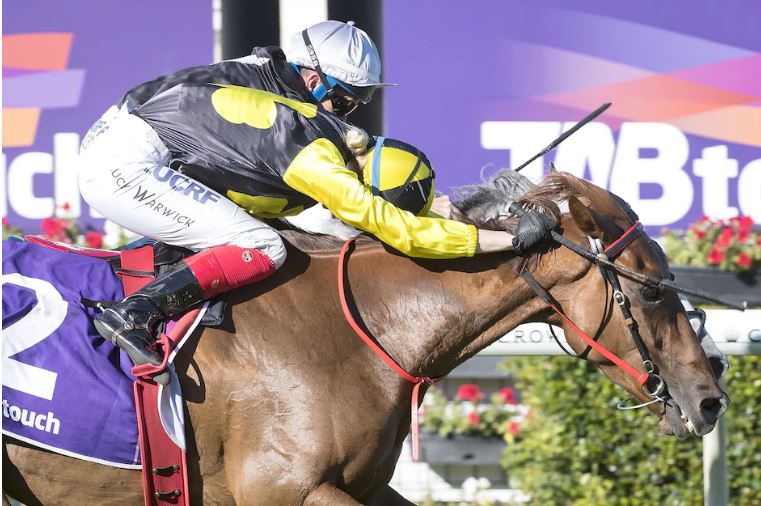