An amazing victory by Ngawi has sent Taunton Vale stallion Demerit to the top of the 2YO Sires’ table in WA.

Ngawi also notched the first city win for owner-trainer Tony Ward when she burst out of a pocket to nail Mouth Karate in the Seacorp Plate (1000m) at Ascot.  She had shown ability when fourth in the Crystal Slipper Stakes (1100m) on December 2, however, any hopes of a second-up victory looked forlorn at the furlong on Saturday.

“I didn’t think she could win but she really found the line,” Ward beamed.  “I’m buzzing.  She has shown ability right from her first gallop.  She overdid things in the Crystal Slipper and the fast pace today let her get into a rhythm.”

Ngawi is the first foal of Cape To Cape (Oratorio) who is from a half-sister to the dam of Covertly (G1 Railway Stakes) and So Secret (G3 Colonel Reeves Stakes).

“She’s tenacious  We had no luck getting a run until I pushed her through a gap,” jockey Shaun O’Donnell claimed.  “She really picked up but I didn’t know whether we had got there in time.”

Brilliant filly Agent Pippa started the 2YO season on a winning note for Demerit at Ascot in October.  That victory alerted Melbourne businessman Rod Menzies and he stepped in to buy a half-share from owner Wes Martin. 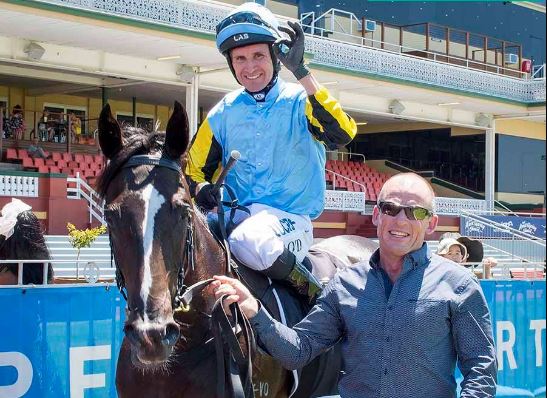