Proart’s winning strike-rate gathered momentum on the weekend with A Knight Of Pro at Ascot and Patroclus in Singapore.

A stakes winning son of Danehill sire Rock Of Gibraltar, he has sired the winners of more races (21) than individual starters (20) and there’s more in the pipeline according to Balmoral Park Stud manager Brian Collison.

“There are some really nice Proart 2yos with our leading trainers in WA,” Collison revealed.  “And we also have a cracking bunch of yearlings being broken-in here at Balmoral Park.”

A Knight Of Pro is all set for his most successful campaign on the strength of an outstanding victory in the Vale Phyllis Morris Hcp (1200m) at Ascot on Saturday.  A homebred for Balmoral Park owner Neil Irvine, he had put the writing on the wall first-up with the fastest final sectional behind boom sprinter Illustrious Tycoon on New Year’s Day.

“He had been working like a winner and I told Neil he would improve again on whatever he did today,” winning jockey Shaun Mc Gruddy said.  “We got left in front a long way out but he kept lifting.  He attacks everything with enthusiasm at home and loves racing.  I won’t be getting off him!”

A Knight Of Pro is the final foal of Morphettville winner Principal Dame (Singspiel) who was also runner-up in a G3 Queens Cup at Cheltenham.  His older half-sister Roman Dame (Holy Roman Emperor) has 2yo filly by Proart.

Patroclus broke through at Kranji on Sunday when stretching out to 1400m.  He ranged up to the leaders at the top of the straight and held the closers at bay to score by a half-length.

Patroclus was bred by David Edwards from Bunbury winner Velvet Strike (Commands).  He was targeted by IB Racing Stable last year after his older sister D’Great Eminence completed a hat-trick in Malaysia.

Proart is making inroads at stud and his prospects are looking better all the time now that he’s found a permanent home at Balmoral Park in Bedfordale.  Three moves early on stymied his progress at stud although he did sire stakes winning filly Rosmartini (LR Belmont Oaks & LR Belmont Classic) and Glitterbell, a multiple Ascot winner, in his first crop.

A Knight Of Pro and Patroclus are part of his second book and his current crop of yearlings are the first conceived at Bedfordale.  There are shares available in those yearlings and Collison can be contacted to arrange an inspection on 0411 055 164. 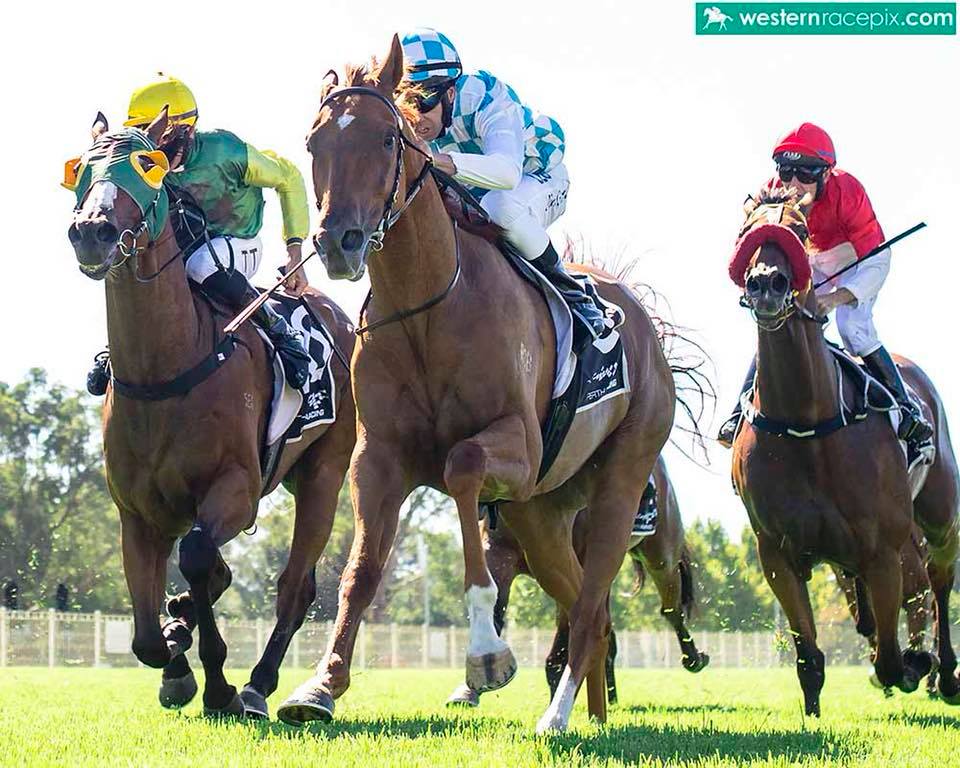 A KNIGHT OF PRO