Rangeview Stud graduate Cognac enhanced the value of his younger half-sister by Galah with a resounding victory at Ascot on Perth Cup day.

Cognac is a son of former Rangeview sire Henny Hughes (USA) and returned to winning form in the Crown Towers 3yo Hcp (1200m) for Harvey Crossman’s Lima Syndicate and trainer Paul Jordan’s wife Laura.  He raced at the girth of Fleet Feet in the early stages before dropping the front-runner at the top of the straight.

A $40,000 buy at the 2016 Perth Magic Millions, he struck a purple-patch during last year’s winter season winning 4 of his 5 starts at Belmont before a spring spell.  “He was a real good second to Illustrious Tycoon last month and they ran a terrific time,” Jordan said referring to a 64.86s gallop for 1100m.  “I was surprised when they put up $8.”

Cognac’s dam Scottish Storm (Metal Storm) won the 2004 Magic Millions 2YO Classic and her filly by Galah (Lot 281) will be one of the highlights from Rangeview’s Book 2 yearlings at the 2018 Perth Magic Millions.

Galah (Redoute’s Choice) won the 2 QTC Cup and G3 VRC Carbine Club Stakes for Sheikh Mohammed.  The only runner to date from his first crop is the Jordan-trained filly Party Night who was runner-up at Ascot in November.

The Perth Cup program also saw Blackfriars filly Assetro boost the asking price of her half-brother by Snippetson with a debut victory in the Queen’s Baton Replay (1200m).

Scenic Lodge will offer the Snippetson colt as Lot 254 at the Perth Magic Millions next month.  Their dam Ortessa (Oratorio) won two nurseries in a row at Ascot before finishing fourth to Motion Pictures in the 2010 G3 WA Sires’ Produce Stakes. 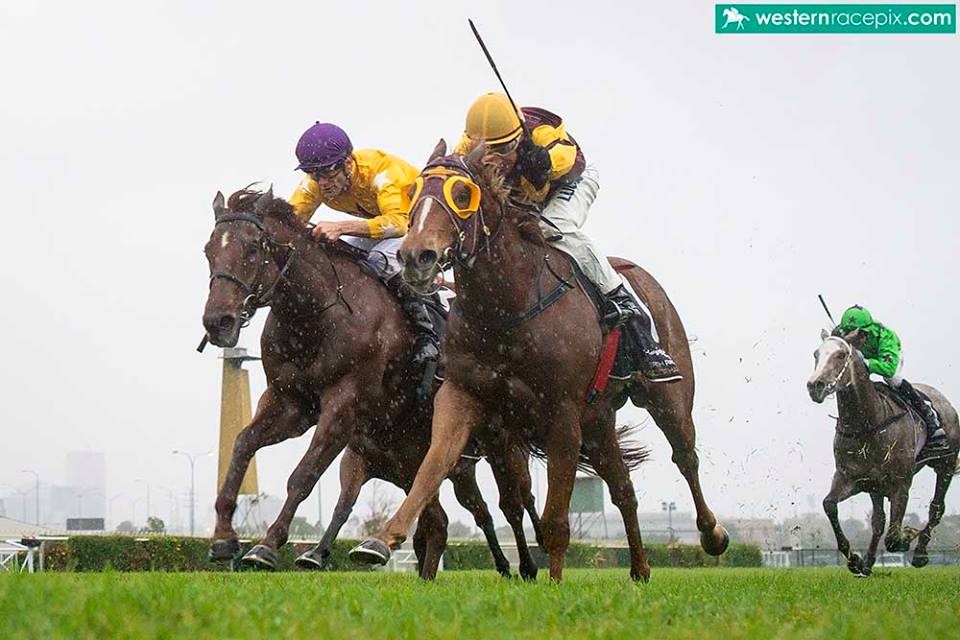 COGNAC
Pictured winning during the winter season at Belmont