The Mundijong nursery sold a Not A Single Doubt filly through the Attunga Stud draft to Astute Bloodstock (FBAA) agent Louis Le Metayer for $600,000.  She will be trained by Peter and Paul Snowden for owners Lustre Lodge and Greenhaven Park.

“That price doesn’t surprise me – that’s what I thought she would make,” Le Metayer said.  “I identified her as a superior athlete in an extremely competitive market.  We are only interested in horses that can compete at the top level and she’s among the Top 3 fillies that we rated in the Sale.

“She looks a bomb-proof filly.  She’s an effortless mover with a great action and a great attitude.”

Dalkeith was another bargain out of the Hunter Valley.  Coolmore Stud sold her to Darling View for $60,000 at the 2014 Magic Millions National Mare Sale.

Gold Front Thoroughbreds graduate Secret Lady was far from disgraced behind Sunlight in the Magic Millions 2YO Classic on Saturday.  Sold for $150,000 at last year’s Perth Magic Millions, the Choisir filly had won the Golden Gift (1100m) at Rosehill in November.

“It was a bit rough out there,” jockey Ben Melham reported after finishing fifth on Secret Lady.  “But she ran an excellent race.”

Earlier on the week, Gold Front owners Alan and Sue Olive received a combined $520,000 for two first-crop yearlings by Dissident on the Gold Coast.  Their filly from Mafia Miss (Mossman) was purchased by Joe O’Neill of Prime Thoroughbreds.

The Dissident colt from Rocksan (Fastnet Rock) was bought by Tony McEvoy who trains Sunlight.

Darling View, Gold Front and Amelia Park have all entered big drafts for the Perth Magic Millions starting on February 19. 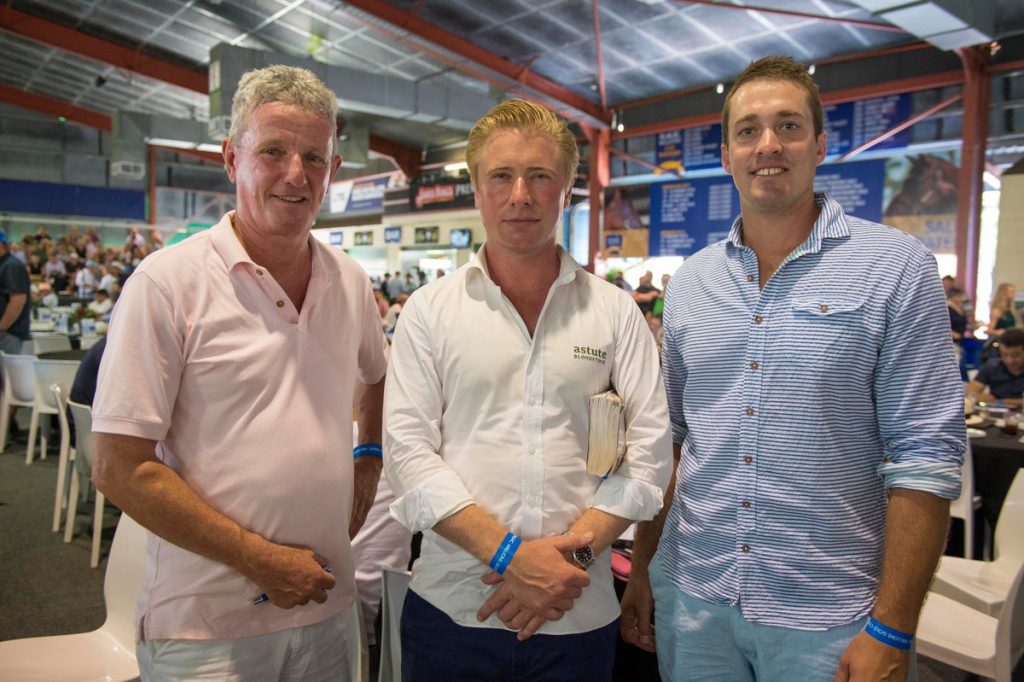