Home Yarradale to Fire in February

Yarradale to Fire in February

Yarradale Stud is set for another surge of 2yo winners in February following some encouraging results at the trials this month.

Before Christmas, Yarradale-bred stablemates Carolina Reaper (Frost Giant) and Fire And Rain (Oratorio) led the charge of early-season juvenile winners for trainer Paul Jordan. They cost a combined $47,000 at the 2017 Perth Magic Millions and have already banked over $175,000.

Fire And Rain returned from a short break to win a Belmont trial on January 22 to confirm his rating as one of the favourites for the $250,000 Magic Millions WA 2YO Classic (1200m) at Pinjarra on February 10.

City Place (USA) is ready to fire with his first Yarradale-bred youngsters after Olive Martini and Concrete Madame finished one-two in a Lark Hill hit-out on January 15.  Olive Martini was targeted by Bouvard trainer Liz Strempel at the 2017 Yarradale Stud Sale. She jumped straight to the front in a 400m hit-out and was coaxed to the line by Chanelle O’Grady to score by a length.

Her dam Colluvium (Citidancer) won up to a mile at Ascot for Lou Luciani before retiring to stud where her earlier foals included Neville Parnham’s 10-time winner Euclassy Thing.

Concrete Madame cost clients of Lindsey Smith $55,000 at the 2017 Perth Magic Millions. She is a half-sister to Le Schiller who was still winning Ascot races as a 7yo for Fred Kersley last year.

City Place has 6 yearlings from his second crop at the Perth Magic Millions with the filly from blueblood Great Tradition (Lot 218) about to receive another winning update in Melbourne. Her older half-sister Khutulun has been knocking on the door with placings at Flemington and Caulfield in January. Great Tradition is a three-quarter sister to Blackfriars.

Super Stardom (War Chant) won a 400m dash at Belmont on January 22 for Neville Parnham. The grey filly looks a bargain for the stable on the back of a $24,000 price-tag at the 2017 Perth Magic Millions.

Valour Road can join Carolina Reaper as the next 2yo winner from the second and final book of former Yarradale shuttler Frost Giant (USA). He was a $60,000 Magic Millions buy for Simon Miller and is out of a half-sister to Flemington Group 3 winner Raspberries.

Over in Adelaide, trainer Gordon Richards has just spelled his promising Bradbury’s Luck 2yo Ice Ghost. “We had him ready to race earlier this month but he went shin-sore after a final pre-race gallop,” Richards revealed. “He had also gone shinny after winning a Morphettville trial back in September.

“That’s the way it goes with the young ones but I’m more than happy with Ice Ghost. He’s a nice horse and we will look after him.” 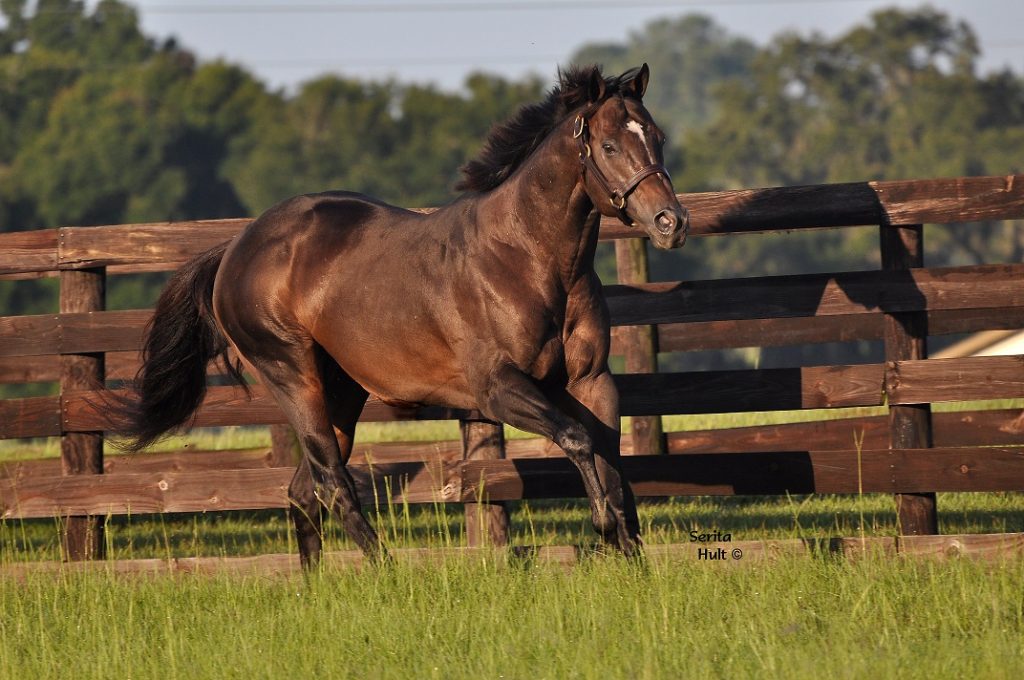