Mungrup Stud stallions Oratorio and Playing God can play powerful hands in the $250,000 Magic Millions WA 2YO Classic (1200m) at Pinjarra on February 10.

The Paul Jordan-trained Fire And Rain (Oratorio) will lead the local colts against a significantly stronger field of fillies while fellow Ascot trainer Neville Parnham will come prepared with Playing God stablemates Platoon and Wakan Tanka.

Platoon is 6th in order of entry for the rich juvenile race that highlights Pinjarra’s stand-alone meeting on Saturday week but Parnham will be forced into a waiting game with Wakan Tanka who is on the borderline to earn a start.

Platoon warmed up with a pleasing trial at Lark Hill on Monday. Given time to balance by Steven Parnham, he ranged up to the leader and then raced away under hands-and-heels to score by more than two lengths over 950 metres.

The Parnhams had put him away after two placings behind top fillies Kiss The Breeze and Agent Pippa in the spring. He will be trained to the minute and is bred to win it through his dam Oriel (Oratorio) who is a half-sister to 2005 WA Magic Millions winner Lock The Vault.

Platoon is owned by a syndicate that includes managing part-owner Colin Loxton along with Neville & Carol Parnham – the same combination that guided Playing God to dual victories in the G1 Kingston Town Classic.

Fellow Playing God colt Wakan Tanka is owned outright by Loxton and impressed with two trial wins at Belmont before fading out of a place behind Kiss The Breeze and Platoon in the Initial Plate. After slipping at the start, he accelerated to lead but wouldn’t come back under Steven Parnham and his race was run at the furlong.

Wakan Tanka is bred on the same Playing God – Oratorio cross as Platoon through his dam Horrorvism who is a half-sister to Perth stakes performer Sweet Serenity.

Playing God won back-to-back Kingston Town Classics and he was also placed at Group 1 level behind Black Caviar, Shocking and Shamrocker in Melbourne. It was a sad day for the stable when he retired to Mungrup Stud.

“He’s been a pretty special horse and a wonderful performer,” Parnham said back in 2014. “He’s going to be hard to replace.”

Playing God has sired a couple of pretty handy replacements in his first crop and either one can win the Magic Millions Classic. 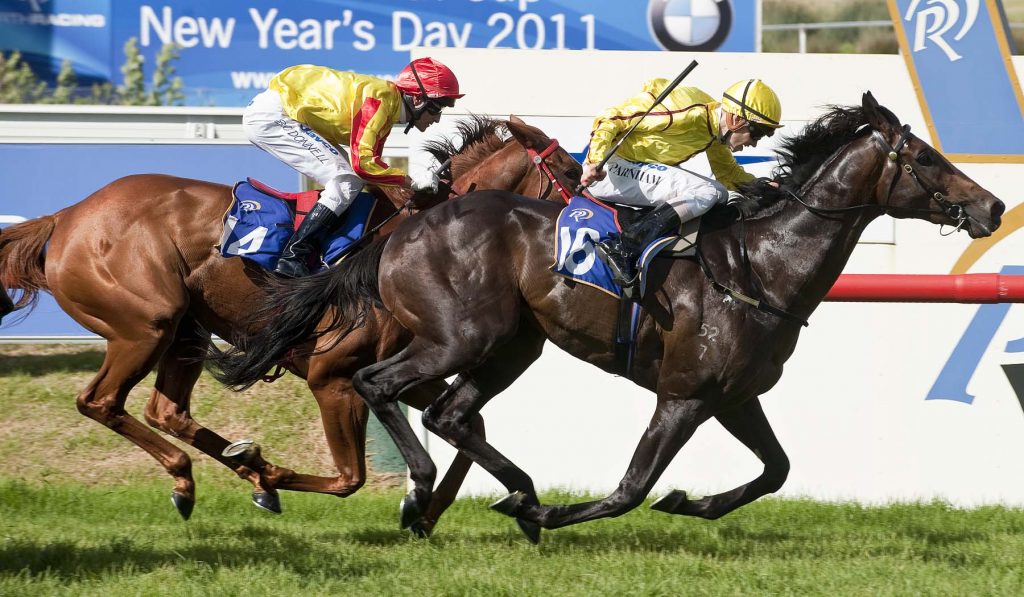