Gold Front Thoroughbreds received a last-minute update for the Perth Magic Millions when How To Fly won the TABTouch Hcp (1100m) at Ascot on Saturday.

How To Fly (Written Tycoon) has a yearling half-brother by Oratorio catalogued as Lot 67 among Gold Front’s draft for Book 1 of the Magic Millions on Monday.  He is being offered (as agent) for breeder David Keens.

Their dam Flying Foray (Flying Spur) is a winning half-sister to Goon Serpent (G2 SAJC Queen of the South Stakes).  She was an $11,000 buy off the track for Keens and hails from a Heytesbury Stud family going back to G1 WATC Derby winner Capricious Lass.

How To Fly cost Electra Bloodstock manager James Christie $38,000 at the 2016 Perth Magic Millions.  She won at Bunbury and Ascot in January prior to a brave second to Epic Gray in the Magic Millions 3YO Trophy last week.

“That was a good effort and a good ride from Brodie (Kirby),” trainer Adam Durrant said.  “He had a plan and stuck to the fence before sneaking through on the inside of Tango Ora.

“It was a shame this filly ran up against Epic Grey at Pinjarra.  He’s a tough horse.  We gave her a quiet week down at the beach and I was confident she could go well today.”

Following the Oratorio colt, Gold Front will sell a Blackfriars half-sister to brilliant 2yo filly Secret Lady as Lot 68 on Monday.

Secret Lady (Choisir) won the Golden Gift at Rosehill and was right in the finish of the $2 million Gold Coast Magic Millions 2YO Classic last month.  Sydney trainer Gary Portelli bought her for $150,000 last year and the Blackfriars filly will be on his ‘must see’ list before Monday. 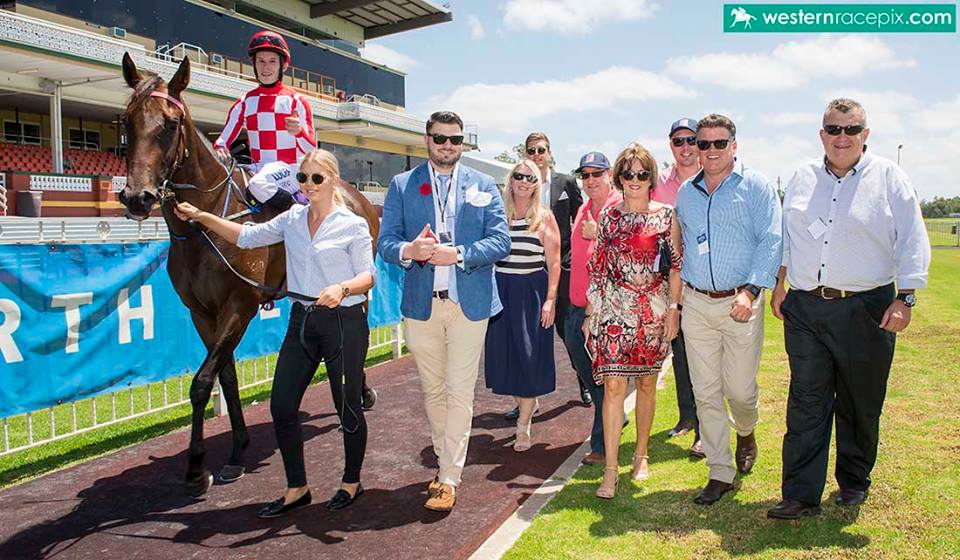