Next weekend it will be the turn of his Group 1 star Silent Sedition at Caulfield.

There’s nothing Dainty about Tess…she has never dodged a soul in 30 starts winning 10 races and being placed a further 15 times.  Her large syndicate of owners lead the cheering and Perth punters join the chorus as she digs in for another fight to the finish.

“She’s very special and I would love a stable-full like her,” trainer Dan Morton has said on more than one occasion.  “She’s not big by any means but we keep raising the bar and she keeps lifting.”

Dainty Tess has earned $783,200 and that includes record-breaking Westspeed bonuses of $202,500.  War Chant sired her from Belmont winner Classic Smile (Bletchley Park) in his second book at Yarradale Stud.

She boosted his world-wide stakes-winner tally to 37 in the G3 Prince Of Wales Stakes last November.  War Room increased it to 38 in the G3 Sir Ernest Lee-Steere Classic and that was the catalyst for his subsequent sale to Hong Kong.

Silent Sedition will resume in the G2 Rubiton Stakes (1100m) or G3 Geoffrey Bellmaine Stakes (1200m) at Caulfield next Saturday.  “She will be nominated for both and we will look at the noms before making a decision,” trainer Andrew Noblet said.  “Then we will set on her on the same path as last year.”

During a ground-breaking 2017 autumn campaign, she went down a nose in the G1 Coolmore Classic at Rosehill before a career-best victory in the G1 William Reid Stakes at Moonee Valley.

Noblet gave Silent Sedition a light spring carnival and she was set to peak in the G1 Myer Classic at Flemington.  But an uncharacteristic failure puzzled connections until tests revealed she was battling an infection.

Silent Sedition had a jump-out at Caulfield before stepping up for a close second to Balancing Act in a Geelong trial on Monday.  “She did enough in the hot weather over 1000 metres,” Noblet explained.  “We didn’t go overboard and she pulled up well.”

War Chant (Danzig) has 19 yearlings catalogued for the 2018 Perth Magic Millions on February 19 and 20. 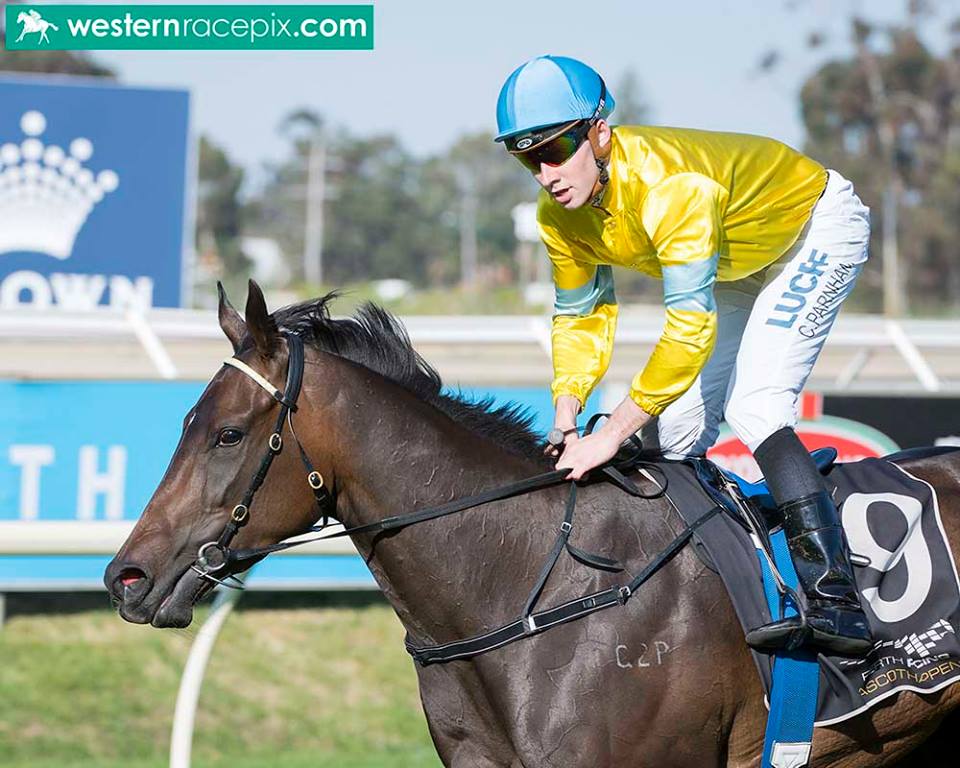