Trent Busuttin and Natalie Young purchased 14 yearlings during Book 1 of the Karaka Sale this week including a Blackfriars colt from Brighthill Farm for $130,000.

He was conceived in WA, sold in NZ and will race in Victoria.

Trent and Natalie and their two children moved from New Zealand to Cranbourne 18 months ago after stints in Singapore and Cambridge.  The move was an immediate success with Tavago winning the 2016 Australian Derby at Randwick.

They had been on the look-out for suitable stables in Victoria ever since bringing Sangster across the Tasman to come up trumps in the 2011 Victoria Derby.  They’ve come full-circle purchasing the colt by Blackfriars who won the 1999 Victoria Derby for owner-breeder Robert Sangster!

“He’s a nice type and should get going earlier than you would expect of a Blackfriars,” Young said on Wednesday.  “We’ve been targeting Savabeel and Tavistock – like everyone else at Karaka – but this colt was reasonably priced.  We won’t have any trouble sorting out a syndicate when we get him back home.”

His dam Indian Flower (Husson) was served by Blackfriars at Scenic Lodge in October 2015 and then sent to NZ to foal down by breeder Neven Botica.  Her half-sister Artistry (Shamardal) won Group 3 sprints at Rosehill and Flemington for Botica before a maiden cover to Snitzel in September.

Blackfriars has 24 yearlings entered for the Perth Magic Millions later this month and he has several winning prospects at Ascot this Saturday starting with a mob-hand in Race 2 – Burning Pride, Brother Paddy, Friar Fox & Hoodlum Thunder.

A winning weekend in Perth will be a timely dress-rehearsal for Black Heart Bart’s return to racing in the G1 C F Orr Stakes (1400m) at Caulfield on Saturday week.  He is the No.1 earner for Blackfriars with $3.94 million in prizemoney and the Orr Stakes is worth another $500,000. 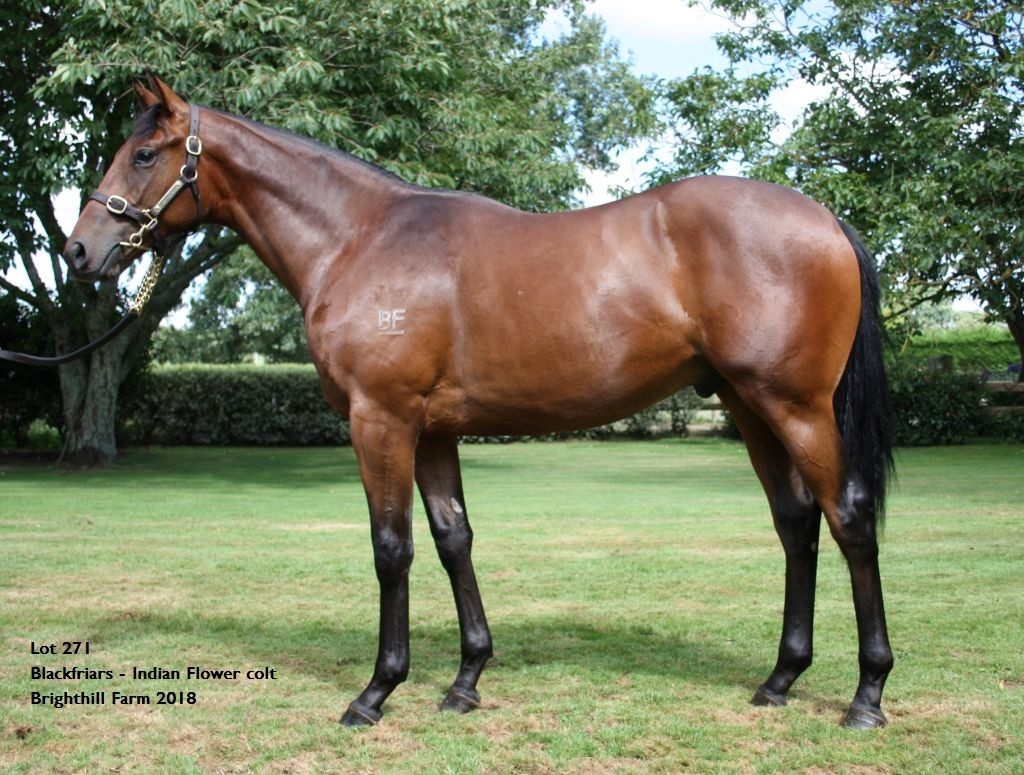