In-form 3yo Paradise Square can complete a profitable month for Touchstone Farm at Bunbury next Wednesday, February 28.

The Planet Five homebred is on a hat-trick after a running double at Ascot but will be anchored by top-weight of 61kg.  “He’s a progressive type and these wins are giving him added confidence,” jockey Joe Azzopardi said after the latest victory on February 14.  “He’s been in the box-seat both times although he did switch off in front today.”

Madame Chanel didn’t have a yearling to catalogue for this year’s Perth Magic Millions – she was covered by Mahuta at Lynward Park in October – but that didn’t stop Touchstone reporting best-ever figures on Monday.

Ben Nelligan paraded the Nicconi – Fully Chargeable filly enough times to know she would make good money.  “She looked more like a colt when we arrived at Belmont,” he said.  “She was the only Nicconi in the catalogue and just exploded in the last three weeks before the Sale.”

But a record-breaking price for Touchstone looked unlikely until Ascot trainer Simon Miller fought off some spirited opposition with a final bid of $200,000.  “She is a ripper…you could put a saddle on her tomorrow,” Miller claimed.  “A few of the eastern state trainers were keen so I knew I would have to dig deeper.”

Her dam Fully Chargeable (Charge Forward) is a half-sister to G3 Bletchingly Stakes winner Ability.  “I had her mum, too,” Miller added.  “She was unraced but was an absolute speed machine!”

Miller also trained Nicconi mare Caipirinha to multiple stakes wins in Perth.  She has earned over $425,000 off a $47,000 price-tag as a yearling.

Touchstone offered a more streamlined draft this year and they all sold during Book 1.  Among them were colts by Al Maher & Snippetson bought by Electra Bloodstock for a total of $115,000 while Ken Keys took a Shooting To Win half-brother to Saturday Skies (LR Roberts Quality) back to Cranbourne for $67,500. 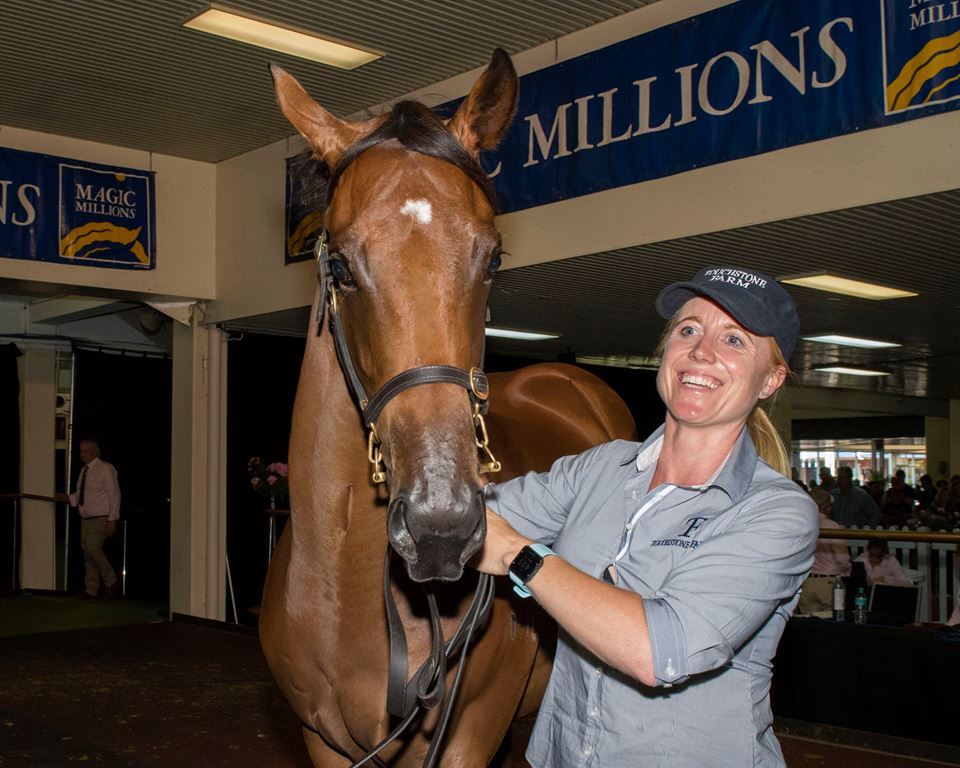