Golden Slipper winning trainer Gary Portelli confirmed he will return to Perth for the Magic Millions yearling sale after his talented colt Patron Black won in Canberra on Friday.

Patron Black is by Darling View Thoroughbreds sire Patronize and cost $46,000 at the 2017 Perth Magic Millions. Starting an odds-on favourite second-up in the Black Opal Hospitality Hcp(1000m), he jumped to front and extended the margin in the straight to score by two lengths.

“He looked good winning today and we will aim for the Black Opal,” Portelli said. “I bought him with Vin Cox in WA last year. I bought Secret Lady there, too, so I’m going back for sure.”

“Patronize is not so well known over here,” Portelli added. “He’s a three-quarter brother to Exceed And Excel and this colt seems to have a lot of ability.”

Patron Black is the first colt from Red Belly Black (Rock of Gibraltar) who won a Flemington nursery on debut for Lindsay Park in December 2009. She delivered a Patronize filly in August and is back in foal to Darling View’s new sire Lucky Street.

Darling View catalogues its yearlings under Western Breeders’ Alliance at the Perth Magic Millions. Among its Patronize fillies for sale later this month is the full-sister to Belmont winner Parading (Lot 184). He was also stakes-placed at Pinjarra and Bunbury, however, his career was cut short after pulling up lame in the near foreleg earlier this season. 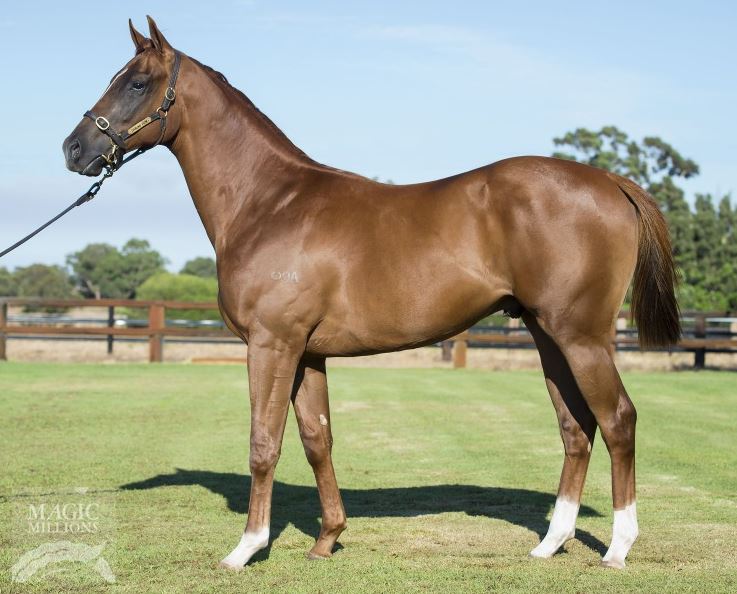