Unprecedented interest in the new format of the Perth Magic Millions Sale led to record-breaking turnover of $8.35 million on Monday.

Book 1 of the two-day auction also recorded a 94.2% clearance rate which is understood to be an Australian record for a major yearling sale. A total of 130 lots averaged $64,258 and the median evened out at $50,000.

Three yearlings sold for $200,000 or more and 28 sold for six figures topped by a $210,000 Not a Single Doubt – All Friared Up colt from Dawson Stud who was snapped up by Victoria Peak Bloodstock from Queensland.

“It was an amazing day…the positivity around the grounds was phenomenal,” Magic Millions Managing Director Barry Bowditch said. “The confidence in the local racing industry is here for all to see today. There’s great prizemoney, great incentives and they’ve come here to buy horses.

“The revised format of the sale created great momentum and the results certainly exceeded our expectations.” 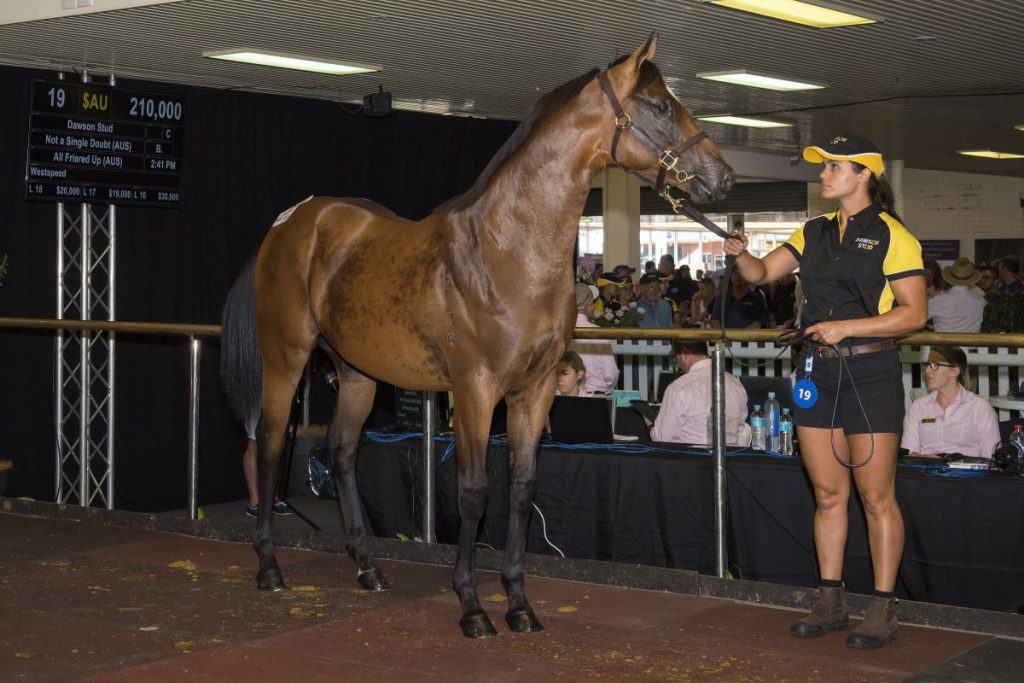 NOT A SINGLE DOUBT – ALL FRIARED UP COLT