Premiership trainer Adam Durrant topped the Scenic Lodge consignment at the Perth Magic Millions with $100,000 apiece for colts by Blackfriars and Snippetson.

The Muchea stud finished with a 100% clearance rate dominated by recently-deceased champion Blackfriars and the first locally-bred yearlings by Snippetson.

“We’re grateful for what Blackfriars gave us over many years,” Smith said while reflecting on his sterling service that began in 2001.  “In some respects, buyers became almost complacent with Blackfriars.  But now he’s gone, that will change.”

Singapore trainer Cliff Brown bought a Blackfriars colt ($90,000) and filly ($50,000) on Day 1.  The colt (Lot 57) is a half-brother to 5 winners from LR Gimcrack Stakes winner Ebony Magic.  “He’s a clone of Blackfriars,” Smith commented.  “He looks a classy type and is a strong, mature colt.”

Brown’s filly from Razzia (Lot 125) is a half-sister to Lucy Mae and is a bigger model than last season’s Champion WA 2YO who won the RL Magic Millions Classic the G2 Karrakatta Plate.

Durrant topped Day 2 with a Snippetson – Ortessa colt (pictured).  “I train his half-sister Assetro and we have a big opinion of her,” he said of Lot 254.  “He looks like he will run early.  I was hoping to get him a bit cheaper but there were obviously a few people that targeted him, too.”

Snippetson has taken over as Western Australia’s leading active stallion from Blackfriars.  He was runner-up for the 2016-17 Sunspeed premiership but did sire more individual winners than Blackfriars.

Scenic Lodge presented 24 lots and sold them all for turnover of $945,000.  It was also awarded the 2018 Magic Millions Draft of the Year which was sponsored by Thoroughbred Breeders WA and Perth Racing. 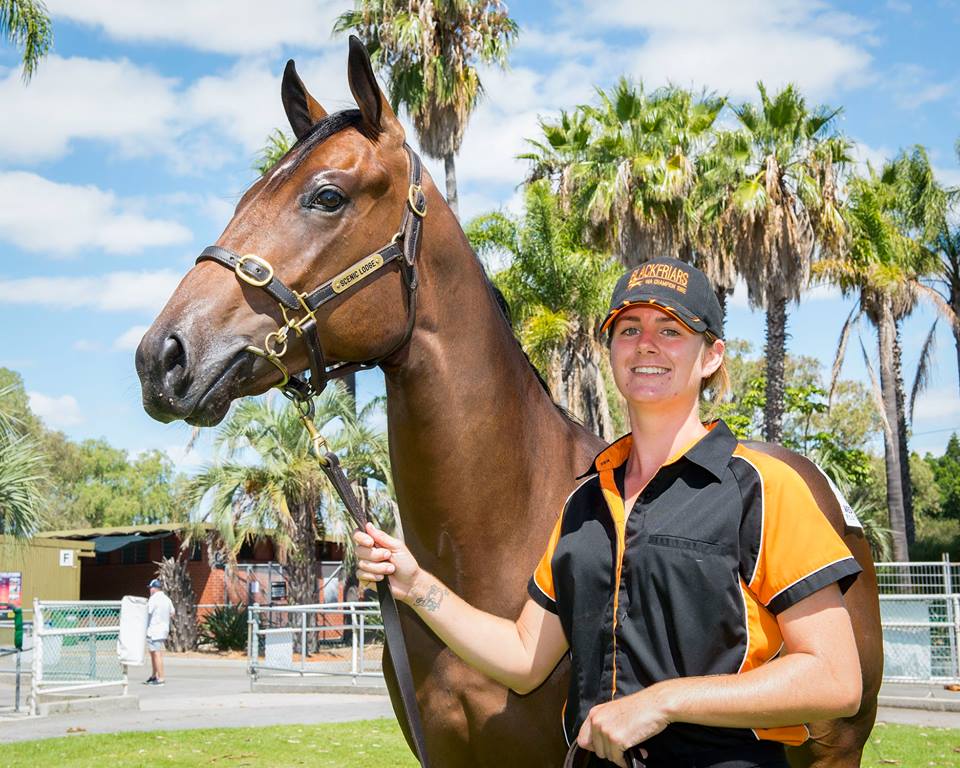