The stars aligned when Rebel King completed a winning treble for Scenic Lodge in the LR Scenic Blast Stakes (1200m) at Ascot on Saturday.

Rebel King is a son of Scenic Lodge sire Universal Ruler and he won the race named after Australia’s 2009 Horse of the Year who was also conceived at Scenic Lodge.

The Darren McAuliffe trained sprinter belied a $6 to $10 drift in betting to lift his overall record to 10 wins in 36 starts for earnings of $712,375.  That includes Westspeed bonuses of $120,000 for an Impressive Racing Syndicate managed by Kevin Berry.

“He was very impressive winning a trial at Lark Hill on Monday,” jockey Chris Parnham said.  “He’s been beautifully prepared by Darren and we had a lovely run today.”

McAuliffe also trained Universal Ruler (Scenic) in a 12-start career that included a victory over Scenic Blast in the LR Perth Stakes at two and wins in the LR Bunbury Stakes and LR Easter Stakes at three.

Rebel King will continue a black-type campaign in the LR Pinjarra Classic on February 25 and LR Bunbury Stakes on March 21.

Vermont Lady (Choisir) was retained by Scenic Lodge after being purchased as a foal for $30,000 from Eliza Park at the 2014 Magic Millions National Sale.  She was racing first-up in the Schweppes Maiden Plate (1200m) for new trainer Paige Kenney after 10 months on the sidelines.

Kenney also prepared Entrechat (Street Cry) for Scenic Lodge owner David Smith.  She won 7 races and was covered by Blackfriars before bowing out in the G3 La Trice Classic on New Year’s Day.

Friar Fox (Blackfriars) had won her maiden at Ascot in December and looked a 3yo filly with staying potential when hitting the line in the Penfolds Hcp (1600m) on Saturday.  She cost part-owner and trainer Justine Erkelens $14,000 at the 2016 Perth Magic Millions.

Mondo Magic prefers a short-course and was in his element winning the Hughes Limousines Hcp at Morphettville.

The 3yo son of Scenic Lodge sire Snippetson jumped in front and relished that role over 1100 metres.  “That was the plan,” jockey Jason Holder said.  “I clicked him up and he went through the gears.  He beat some nice types today and is more mature now compared to his last prep.”

Blackfriars and Snippetson dominate Scenic Lodge yearlings entered for the Perth Magic Millions with 11 lots each.  Colts by Sessions and Danehill Express and a filly by Universal Ruler round out the consignment coming down from Muchea. 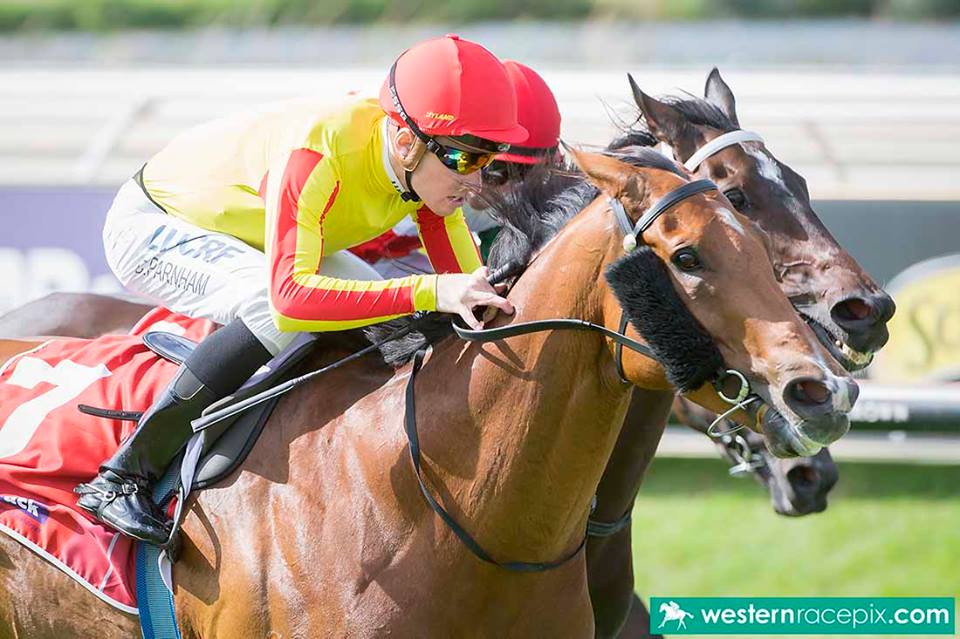