An eye-catching War Chant yearling with Easter looks will head to Melbourne after being purchased for $120,000 from Yarradale Stud at the Perth Magic Millions.

Astute Bloodstock (FBAA) agent Louis Le Metayer bought the War Chant – Rokeby’s Witch filly who is related to Group 1 winner Delicacy.  “On type, she would not be out of place at the Sydney Easter Sale,” he said.  “She’s strong with plenty of bone and has a beautiful temperament.

“There’s a champion filly under her second dam,” Le Metayer added while sitting next to a Group 1 winning trainer from Caulfield on Monday.  “And I think she’s value at the price.”

Earlier on Monday, Yarradale sold another $120,000 yearling when its All Too Hard – Keeper Quiet filly was purchased by trainers Ben and Dan Pearce.  She is a third-crop daughter of Vinery Stud champion All Too Hard from G2 Karrakatta Plate runner-up Keeper Quiet (Scandal Keeper) whose only other foal to race is Crystal Slipper Stakes winner Keeper Keen.

“We purchased 8 cracking yearlings & were very pleased that we were able to obtain almost all of the horses we specifically targeted,” Pearce Racing tweeted.  “We can’t wait to showcase our new team at Toreby Park this Sunday!”

The Yarradale brand has been a winner for Dan Pearce.  He leased Rosewood Hill straight off the farm at Gidgegannup and she banked over $300,000 during a winning streak at Ascot and Belmont last year.

Pearce Racing also played a key part when owner Wes Martin ‘stole’ a filly by Yarradale sire Gingerbread Man out of Toss The Boss for $20,000 on Tuesday.  “This filly is a cracking type,” Martin said.  “I can’t thank the boys enough for all their help selecting her.”

Gingerbread Man yearlings sold up to $100,000 at the Magic Millions.  Trainer Dan Morton paid top price for the half-sister to stakes-placed winner I Am Boudica (War Chant).

Group 1 performer Achernar Star has been the standout among Gingerbread Man’s first crop with earnings over $570,000.  Yarradale’s first homebred winner by the son of Shamardal arrived earlier this month when Neurological saluted at York. 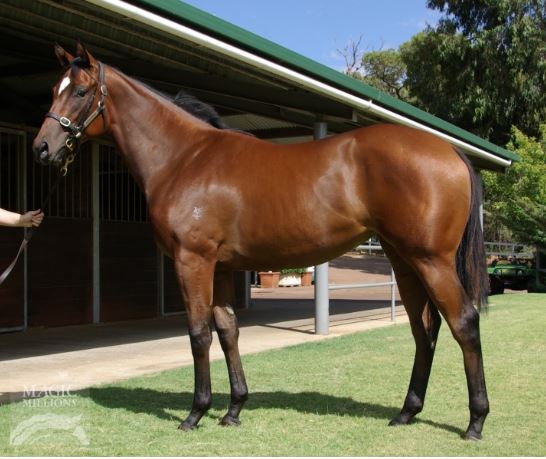