War Chant (USA) has warmed up for the feature meeting at Caulfield this weekend with a promising winner at Pakenham.

The Yarradale Stud champion has another mare in work at Caulfield besides his Group 1 winner Silent Sedition.  She’s named La Belle Jude and she’s ready to rise up the ranks following an all-the-way victory in the John Duff Hcp (1600m) on Thursday evening.

Part-owned and trained by Gemma Reilly at Caulfield, she transferred east after being purchased out of the Scenic Lodge consignment at the 2015 Perth Magic Millions.  Reilly works for Mick Price and sent La Belle Jude to Geelong for an easy kill this time last year.  Spelled after a short autumn prep, she resumed as a December 4yo and gradually improved while stretching out to a mile on Thursday.

“She was unlucky here last time when we chased home the winner,” jockey Ryan Maloney said.  “The momentum was there from the start tonight..  She did it easily in front but began looking around in the straight.

“She will get 2000 metres.  She clean-winded and athletic and Gemma turned out her out perfect.  She does a good job.”

La Belle Jude is the first foal of Pinjarra winner Cyclone Bella (Hurricane Sky).  There are reports her Dash For Cash filly on the ground is a stunner.  The mare is currently in foal to Snippetson.  Second-dam Belle Chanson (Biscay) won a G1 Australasian Oaks.

Trainer Andrew Noblet has nominated Silent Sedition to take on her own sex in the G3 Geoffrey Bellmaine St (1200m) this Saturday.  She has top weight of 59kg under the set weights and penalties conditions but is clearly the highest-rated runner in a good test first-up at her home track.

“I’m really happy with her.  It’s a good option and she’s a quality mare,” Noblet said.  “If she runs up to what we’re accustomed to – she will be hard to beat.”

Silent Sedition was narrowly defeated by Prussian Vixen in last year’s Bellmaine Stakes.  She will continue in the G3 Mannerism Stakes (1400m) on February 24 at Caulfield, a race she won from the front last year.

She will then try to go one better in the G1 Coolmore Classic (1500m) at Rosehill.  “She had barrier 18 last year in the Coolmore and nothing against the winner (Heavens Above), but it probably cost her a bit,” Noblet said.  “Hopefully, we can get up there in the same order and get a better result.”

War Chant (Danzig) has 19 yearlings catalogued for the 2018 Perth Magic Millions starting Monday week, February 19.  Yarradale has 13 of them including the last to parade on Day 1, the filly from Rokeby’s Witch (Blackfriars) who is a winning half-sister to the dams of Delicacy and Profit Street.

Trainer Paul Jordan has enjoyed a good run with his juveniles this season and he produced another talented War Chant 2yo at the Belmont Park trials on Monday.  He sent Alcina over 400m and she won a rousing hit-out by a half-length over Point Taken (Demerit).

Alcina cost Jordon and the Lima Syndicate $20,000 at last year’s Yarradale Stud Sale.  Her dam Opera Seria (Oratorio) has a City Place colt catalogued as Lot 253 in the Yarradale draft for the 2018 Magic Millions. 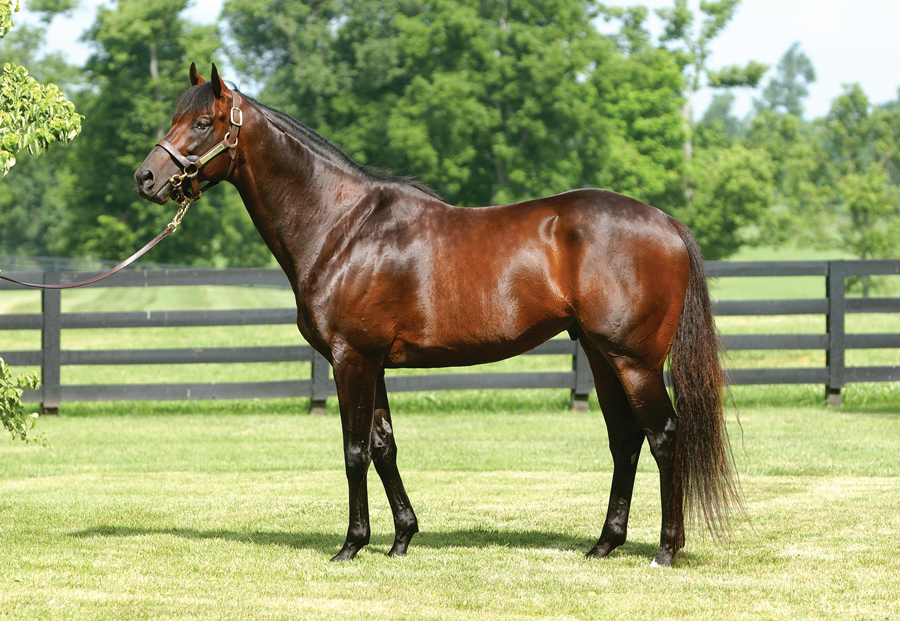