Like A Butterfly caused a $21 upset when she led home a black-type quinella for champion sire Blackfriars in the LR Ascot 1000 Guineas (1800m) on Saturday.

She is the 37th stakes winner by Blackfriars (Danehill) who died at Scenic Lodge in December.  He holds an unassailable lead for an 8th WA premiership this season with earnings over $3.35 million.

Like A Butterfly (3f Blackfriars – Prime Knockout by Mossman) sat on the pace to score by over a length from Friar Fox (Blackfriars) and Private Dancer (Oratorio).  She had won a Northam maiden in October and was backing up off a Class 1 victory at Pinjarra on March 8.

Trainer Lou Luciani races her with Scenic Lodge owners David & Jeremy Smith and they will set her for the G3 WA Oaks (2400m) on April 14.  Blackfriars filly Pop Culture completed the 1000 Guineas – WA Oaks double in 2012.

Winning jockey Jason Whiting was always happy as the race unfolded.  “Lou told me to go forward and stay out of trouble – even if we didn’t get any cover.  She switched off and was relaxed outside the leader.  She’s an improver and feels like she will run the distance in the WA Oaks.”

Prime Knockout has yearling colt by Snippetson and was bred back to him in September.

“It was a pretty good day for us,” Jeremy Smith told Aushorse.  “It was sad to lose Blackfriars but with Universal Ruler on the up, Snippetson having such a great strike-rate and Dash For Cash still getting plenty of winners, it’s shaping to be a good year.” 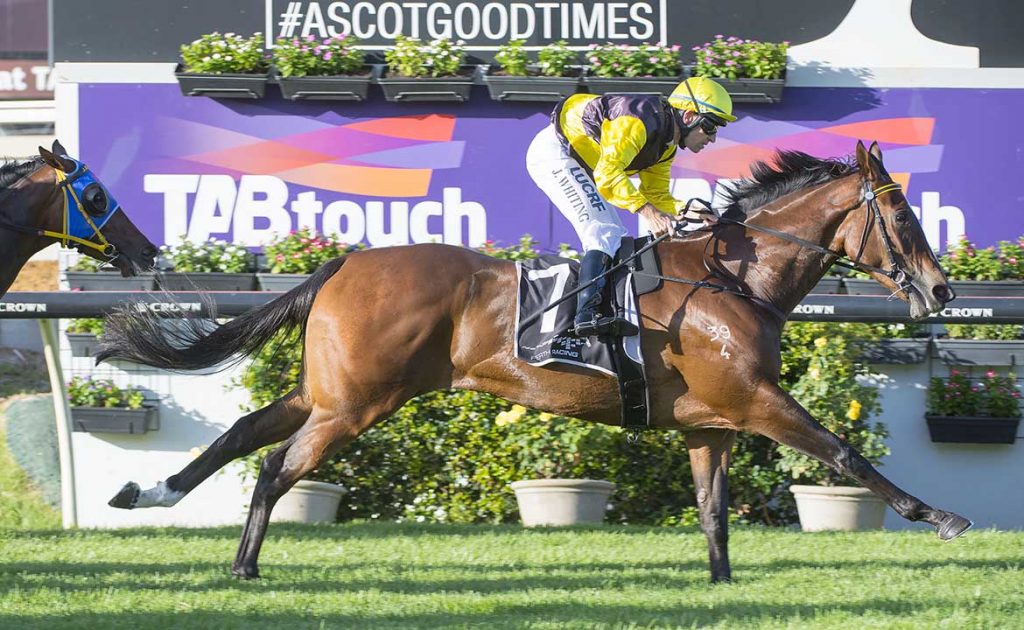