Ridden to perfection by Chris Parnham, she angled off the heels of the leaders at the top of the straight to get first run on Showcase for a three-quarter victory.

Saturday’s result at Ascot sets up an autumn campaign that connections hope will climax with a win in the G3 WA Oaks (2400m) on April 14.  “She’s a beautiful cut of a filly and the fast tempo helped today,” trainer Trevor Andrews said.  “She’s not bred to stay but the good ones like her can do it against their own sex.”

Private Dancer (3f Oratorio – Atavism by Hennessy) broke her maiden at Northam in September and then won again at Ascot in November before being nosed out of the G3 Champion Fillies Stakes.

The LR Ascot 1000 Guineas (1800m) is the next test over a longer distance on March 17.  “She’s a leggy filly with a lovely turn of foot and we’re teaching her to relax,” Andrews continued.  “The Guineas will tell us whether we keep progressing towards the WA Oaks.”

Private Dancer is raced by a syndicate that includes Ken Gregson, Isaac Cohen and Ross Drage.  They’re a loyal group of owners who have supported Andrews for many years with horses like Outlaw Pete, Palace Intruder, The River and Lucky Street, an Oratorio colt who won a G2 Karrakatta Plate.

Mungrup Stud has bred 5 winners from Brisbane winner Atavism and the Great Southern nursery sold Private Dancer for $100,000 at the 2016 Perth Magic Millions. 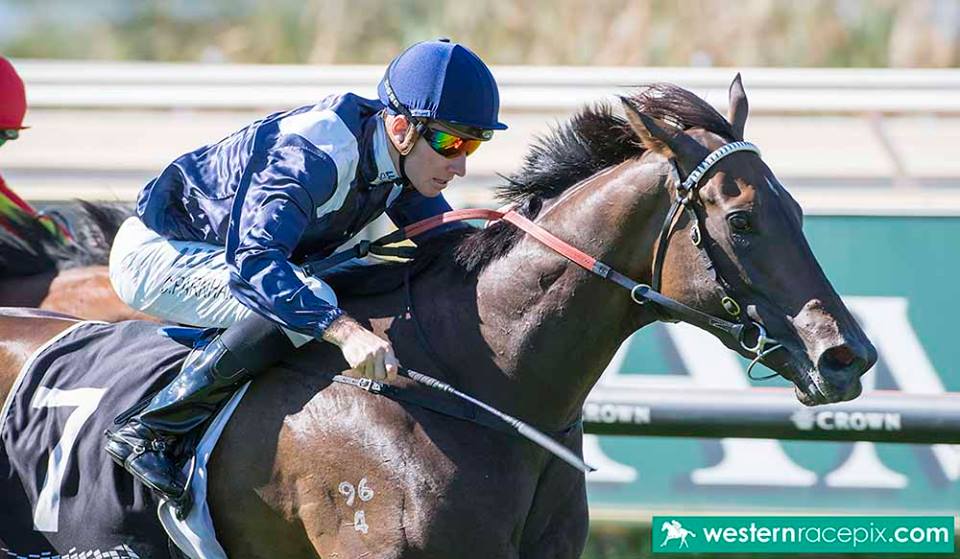