Abdicator notched the second stakes win for Scenic Lodge sire Universal Ruler this week with an on-pace victory over Fine Scent (All Too Hard) and Sweet Dreamin’ (Dream Ahead).  It followed a brilliant debut by the Simon Miller-trained filly Lady Cosmology in the LR Supremacy Stakes (1000m) at Ascot.

“I was talking to Simon earlier today and she looks an exciting filly,” McAuliffe said.  “You’re going to see another good one by Universal Ruler this weekend.”

That ‘good one’ is Rebel Knight who resumes from a spell in the Magic Millions Plate (1200m) at Ascot on Saturday.  The TAB installed him a $3.60 second favourite following a three-length trial win at Pinjarra on March 12.

Universal Ruler can top and then tail the Ascot card with Snow Lord in the Good Friday Hcp (1200m).  A last-start winner at Ascot, he is winding up for another successful campaign for owner-breeders Elio & Jacquie Galante.

“I bought Universal Ruler as a yearling, broke him in, and know how to train them,” D.Mac said after the Rangeview Classic.  “We’ve got a pretty good strike-rate with his progeny and he’s an under-rated sire.

“Today was Abdicator’s grand-final but we might give him one more run in the (LR) Raconteur Stakes next month.”

Abdicator is the first live foal from Royal Escapade (Royal Academy) whose sole win was a maiden at Mt Barker.  Her 2yo filly Overthrone (Trade Fair) is also on the books with McAuliffe and she has a yearling filly by Universal Ruler and another filly on the ground by Trade Fair. 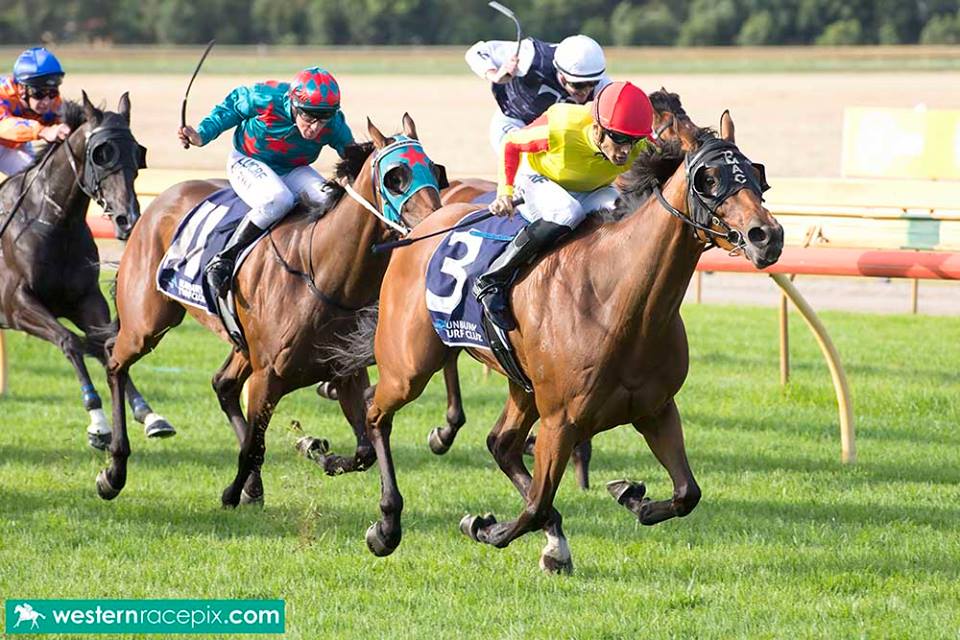