Golden day for WA at Rosehill

A sustained speed performance has enabled jockey Tommy Berry to dictate terms on Quilista in the G3 Birthday Card Stakes (1200m) at Rosehill.

Quilista won first-up at Caulfield and ran creditably during the spring carnival before Weir sent her out for a spell to acclimatize in Victoria.  She bolted in first-up at Flemington and made another mess of her rivals when switched to Sydney for Golden Slipper day.

Berry seized the lead and opened up a big break in the early stages.  “It doesn’t feel like she’s going that fast,” he admitted.  “I gave her a breather coming to the corner and she was off again in the straight.”

Quilista will stay in Sydney to target another feature race during The Championships and then head to Adelaide for the G1 Robert Sangster Stakes (1200m) in May.  “The owners sent her over to boost her broodmare appeal with a Group 1 win on the eastern seaboard,” stable foreman Jarrod McLean said.  “She’s right on track after that performance.”

Her dam Brocky’s Ace (Surtee) has a yearling colt by Gingerbread Man that was knocked down to Commercial Bloodstock (FBAA) for $50,000 at last month’s Perth Magic Millions.  She was covered by War Chant in September. 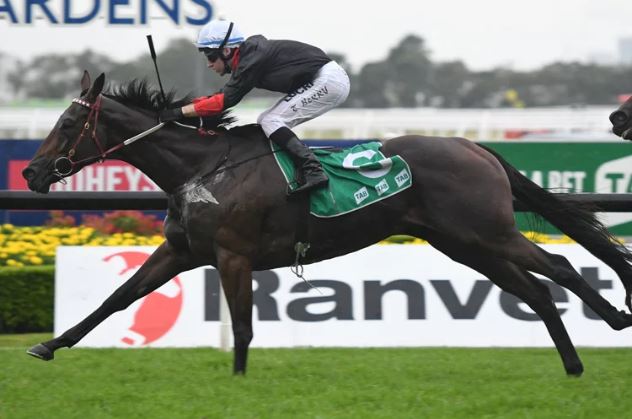