Trainer Leticia Dragon has predicted a better future over more ground for her Vital Equine (Ire) 4yo gelding Melting Point following a 1400m victory at Kranji.

The former Perth galloper won at Ascot in February 2017 for trainer Jessica Valas before transferring to Singapore. “He should be even better over a mile,” Dragon predicted. “This horse was recommended to me by a good friend Sharon King.  She told me he had potential and I also liked what I saw.”

At his fourth ride aboard Melting Point on Friday night, jockey Alan Munro said the luck of the draw was the winning factor. “Last time he drew wide but we hugged the rails tonight. He was still green when he went through the gap so it was a good win.  And he could have found another length if he didn’t hang out.”

Melting Point is the second foal of Elegant Touch (Snitzel). His 3yo full-brother Deadly Touch has been placed at Bunbury and Pinjarra this year and the mare’s final foal is a 2yo filly by Planet Five.

Vital Equine is a Danehill-line stallions and he reached a career-high at stud when Material Man won the G2 Perth Cup on New Year’s Day. Initially stationed at Touchstone Farm, he relocated to Yarradale Stud in 2015 and now stands at Rosalee Park by arrangement with Yarradale owner Ron Sayers. 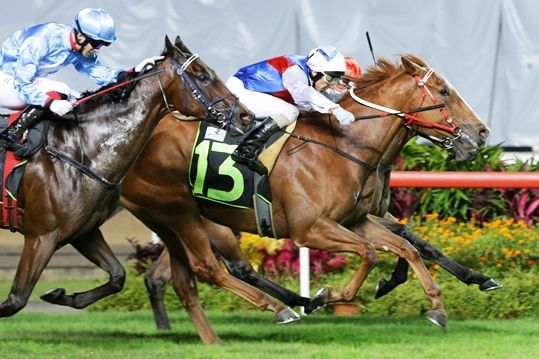