Invisible Pro is a progressive 3yo with a pedigree to match for trainer Simon Miller.

A homebred for Rapid Equine’s Neil Irvine, he looks ready to realise the potential on show during an initial winter campaign last year when he was placed twice at Belmont.

Invisible Pro (Proart) started a $2.20 favourite last time out in the Chaff City Maiden (1200m) at Pinjarra and powered home to win by a length under apprentice Kate Witten.

Proart is a Danehill-line sire through Rock Of Gibraltar and his current crop of yearlings are currently being educated at Balmoral Park.  There are shares available in those yearlings and stud manager Brian Collison can be contacted to arrange an inspection on 0411 055 164. 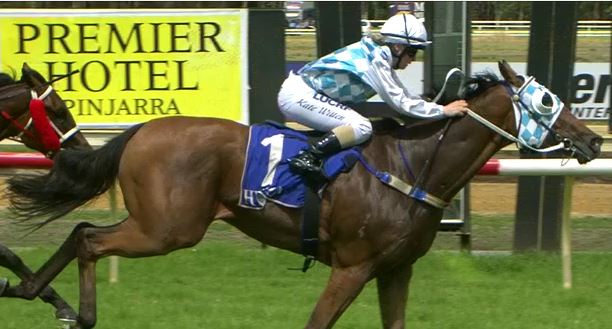