The Dan Morton-trained 3yo filly improved her strike-rate to 3 wins from 4 starts in the Cyril Screaigh Memorial Hcp (1100m). Ridden for the first time by 2kg claimer Kate Witten, she collared Roaring Trade at the furlong and then fought back to beat Next Dawn (De Troy) by a half-head.

Singh raced Gingerbread Man (Shamardal) to 11 wins in Singapore before retiring him to Yarradale Stud. His filly Gingerella was a last-start winner at Bunbury in December and she passed the baton to Bahama Mama who has since saluted at Geraldton, Bunbury and York.

Widden Stud imported Same Page to Australia in 2006 and on-sold her to Western Australia through Belmont Bloodstock (FBAA) for $27,000 at the 2013 Inglis Sydney Broodmare Sale.

Dan Morton spent top dollar for a Gingerbread Man at last month’s Perth Magic Millions paying $100,000 for Yarradale’s filly from Queen’s Gem. She is a half-sister sister to War Chant stakes performer I Am Boudica. 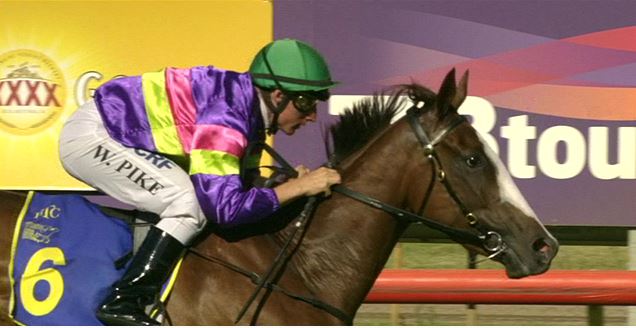