Lady Cosmology has untapped potential according to trainer Simon Miller.

The Universal Ruler filly looked a star of the future with a dominant performance on debut in the LR Supremacy Stakes (1000m) at Ascot on Saturday.  After a tough run in the lead, she lengthened in the straight to clock a record-breaking 58.17s.

Miller recalled the first time he laid eyes on the filly at Amelia Park in Vasse.  “I spotted her in a paddock and she looked outstanding.  She’s got so much ability and it was a terrific win today.  I’m leaning towards sending her straight into the (G2) Karrakatta Plate.”

Former champion jockey Rod Kemp joined the partnership when it came time to register her filly by Universal Ruler.  “It’s a privilege to race her with three legends,” Walsh said.  “And it’s a good result after our other filly Amelia’s La Bout went amiss earlier this week.”

Out Spoken Lady has a yearling filly by Safeguard, a colt on the ground by Blackfriars and she was bred back to Gold Front newcomer Awesome Rock in October.

Universal Ruler (Scenic) stands at Scenic Lodge in Muchea and his current crop of juveniles comes from a book of 127 mares in 2014.  His latest yearlings were also popular at last month’s Perth Magic Millions – Jim Taylor paid top-price of $72,500 for a filly from city winner Dark Rock (Blackfriars). 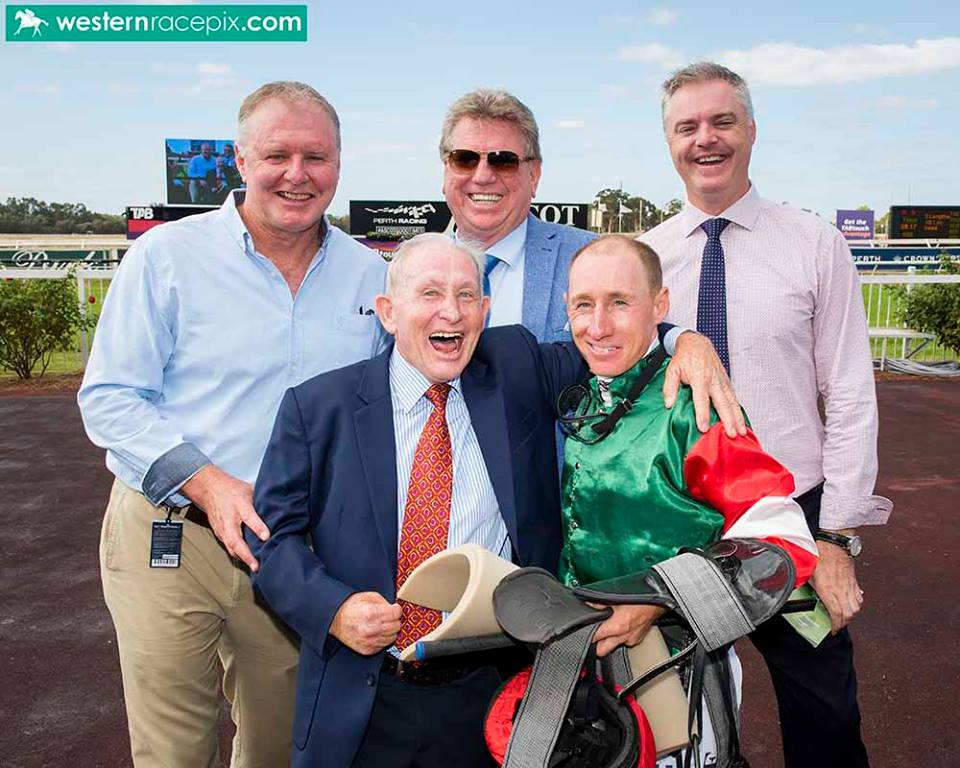