After putting the writing on the wall at York and Bunbury earlier this month, Thisaway broke through in the TABTouch Maiden (1400m) at Ascot.  He reeled in Clever Dick and then did best in a finishing duel with Tips And Scandals to score by a half-length.

“It was a super run last time…he was giving them 15 lengths and clocked a better finishing sectional than the Bunbury Stakes,” Andrews said.  “He’s big and green and is still growing into himself.  My wife Joanne rides him in work and has a real opinion of this horse.”

Thisaway is a first-crop son of Heytesbury Stud sire Ouqba (GB) who was raced by Sheikh Hamdan to win the LR European Free Hcp (1400m) at Newmarket and G3 Jersey Stakes (1400m) at Royal Ascot.

Second-dam Sudden Burst (Serheed) won two Listed races at Ascot that are now known as the R.J. Peters Stakes and Starstruck Classic.  “He’s starting to put it together and is getting better every time,” winning jockey Jarrad Noskie said.  “He’s got a future.”

Ouqba is a son of champion sire and sire of sires Red Ransom.  Andrews prepared his first winner Vigneto earlier this season and there’s several more on the trainer’s books at Ascot.

Heytesbury studmaster Dennis Tilbrook can be contacted on 0419 967 879 for further information about Ouqba. 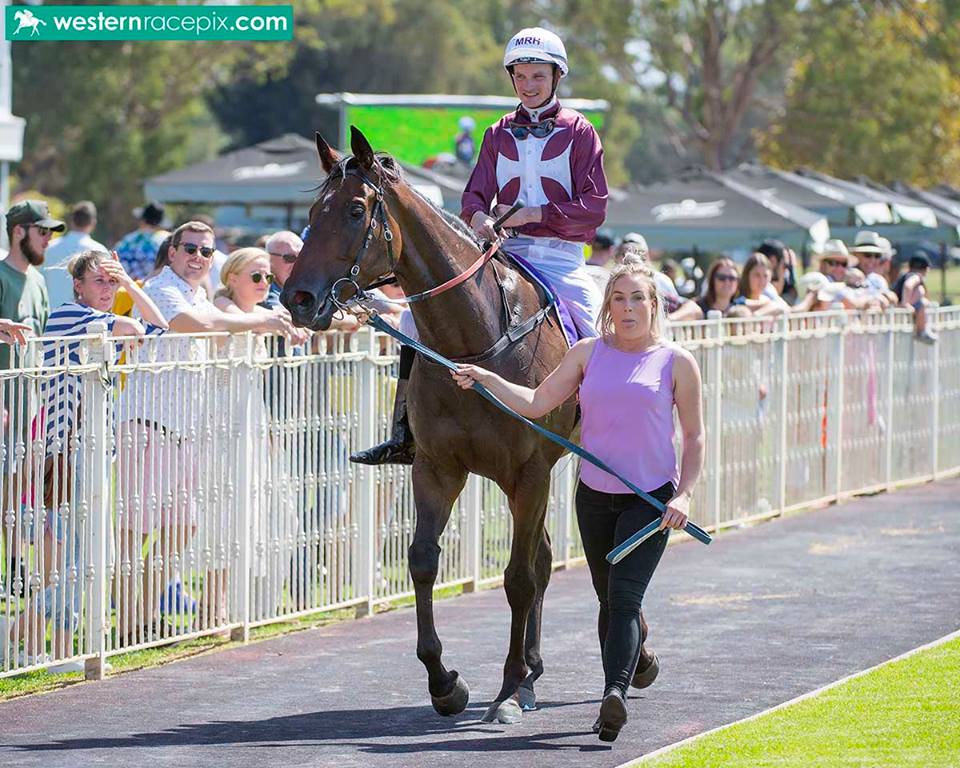 THISAWAY
Son of Ouqba led back to scale by Brittany Harvey