Action gave his rivals an old-fashioned thrashing and owner-breeder Bob Peters an 8th victory in the G2 WATC Derby (2400m) on Saturday.

He was set alight by Willie Pike approaching the home turn and dominated by four lengths in the straight from Like A Butterfly (Blackfriars) and Media Baron (Written Tycoon).  “Obviously, he was ready for the race and it was a good performance given the margin,” Peters said.  “He’s beaten some nice horses.”

Action spearheaded a team of five runners for Peters.  He started out with wins at Belmont and Bunbury in the spring and was a well-backed $3.50 favourite after working home strongly in the LR Melvista Quality (2200m).

A son of leading second-season sire Pierro, Action will either head for a spell or be set for the G1 South Australian Derby on May 12.  Peters homebred Delicacy completed the double in 2015.

He is one of three named foals out of Broadway Belle (Redoute’s Choice), a Listed winner of the 2009 Jungle Dawn Classic.  She is also a sister to the dam of the 2016 WATC Derby winner Arcadia Dream.

It’s another branch of a successful family that has produced stakes winners like Kalatiara, Guest Wing, Kencella, Kalahaar and Kentiara for Mungrup Stud’s Gray Williamson and Lex Piper.

A day before the classic at the Perth Autumn Sale, Peters sold Group 1 miler Disposition to Gangemi Racing for $45,000.  The Reset 6yo gelding joins an in-form stable headed by Rock Magic who was a $60,000 buy from Peters at the 2017 Perth Winter Sale.

Mungrup Stud was next best on Friday’s leader-board with a combined $56,000 for city-winning maiden mares Amalfi Lass (War Chant) and Leitfaden (Choisir). 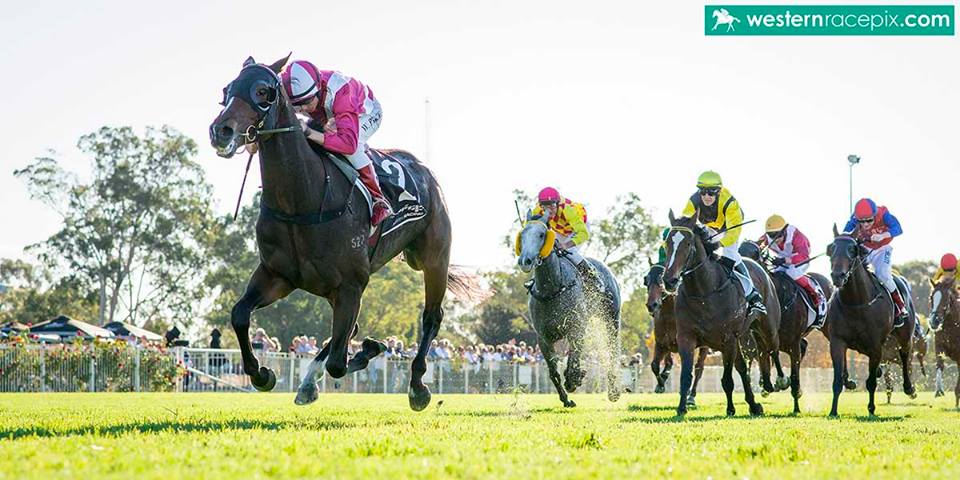