The 6yo son of Dash For Cash is racing in career-best form this season for Wilde and became the 9th stakes winner for his sire following a half-length victory in the LR Golden Mile Hcp (1600m) at Bendigo earlier this month.  That followed a successful spring carnival with wins at Moonee Valley on Cox Plate weekend and in the Kyneton Cup.

“He jumped and put himself closer than I expected,” jockey Danny Moor said after Golden Mile.  “He got there that easily and just had a really good time of it.  Then he dug in for the fight at the furlong like a really good horse.”

Dodging Bullets was knocked down for $42,000 as a yearling and has banked $514,200 for a syndicate that includes Bill Whitehead, John Emerson, James Irvine, William Blackwell and John Matie.

Dash For Cash can continue his winning run this month with Dodging Bullets at Caulfield this Saturday and that will set him up nicely for Warrnambool’s historic meeting in May.

In Singapore last Friday, Dash For Cash sprinter Arr Flair completed a winning hat-trick for jockey Michael Rodd when he swooped late to score by a short head at Kranji.  Before selling off-shore, he earned black-type at Flemington for leading owner John Valmorbida as did his older full-brother Eagle Command.

The first Sunspeed-bred 2yo winner by Dash For Cash arrived at Albany last week when Ionyx was never troubled during an all-the-way victory for part-owner and trainer Roy Rogers.  He started an odds-on favourite after promising efforts in town behind Amelia’s La Bout and Lordhelpmerun.

Unraced filly Dash For Knickers is another locally-bred youngster ready to make an impact at Ascot this Wednesday.  She has been prominent in Lark Hill trials on either side of a summer spell and is from a half-sister to G3 Sir Ernest Lee-Steere Classic winner Mansion House.

Dash For Clash stands at Scenic Lodge alongside Snippetson and Universal Ruler and their 2018 service fees will be announced in the next fortnight. 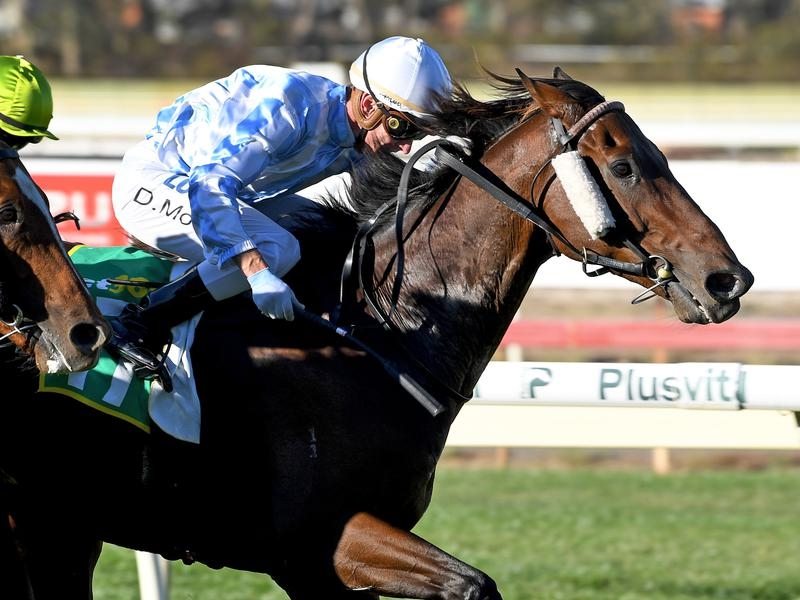