Home Chix Pic off the leash for Karrakatta

Chix Pic off the leash for Karrakatta

Chix Pic has upstaged the fillies in the final prelims for this year’s G2 Karrakatta Plate.

Perth’s current crop of 2yo fillies appeared to have the wood on the colts and geldings until trainer Dave Harrison let Chix Pic off the leash earlier this month. He came off the pace to win on debut and followed up with a sensational front-running victory in the LR Perth Stakes (1100m) on Friday.

The son of Darling View Thoroughbreds sire Patronize won by more than two lengths eased up by Joe Azzopardi from Platoon (Playing God) and Cup Night (Maschino). Both placegetters were earning the first black-type for their sires.

Chix Pic clocked a faster time (65.69s) and final sectional (35.86s) than G3 Gimcrack Stakes winner Agent Pippa on Friday. “I thought he would win but I was a little worried about the wraps on Driftstar,” Harrison admitted. “He came from behind first-up and led today so there’s two strings to his bow now.

“He’s the one to beat in the Karrakatta but you can’t be too confident. You need the right barrier and the right run on the day in the big races.”

Chix Pic and Agent Pippa gave Azzopardi a running double and he will recommend Harrison adds blinkers for the Karrakatta. “I gave him a dig out of the gates and he went forward but stargazed the whole way. He’s got no idea but he still attacked the line like a real good horse.”

Bred by Darling View Thoroughbreds, he cost a syndicate of lady owners $40,000 from the Western Breeders Alliance draft at the 2017 Perth Magic Millions. His dam Sassy Flyer (Due Sasso) has a yearling colt by Patronize, a My Admiration colt on the ground and she was bred back to Patronize in October. 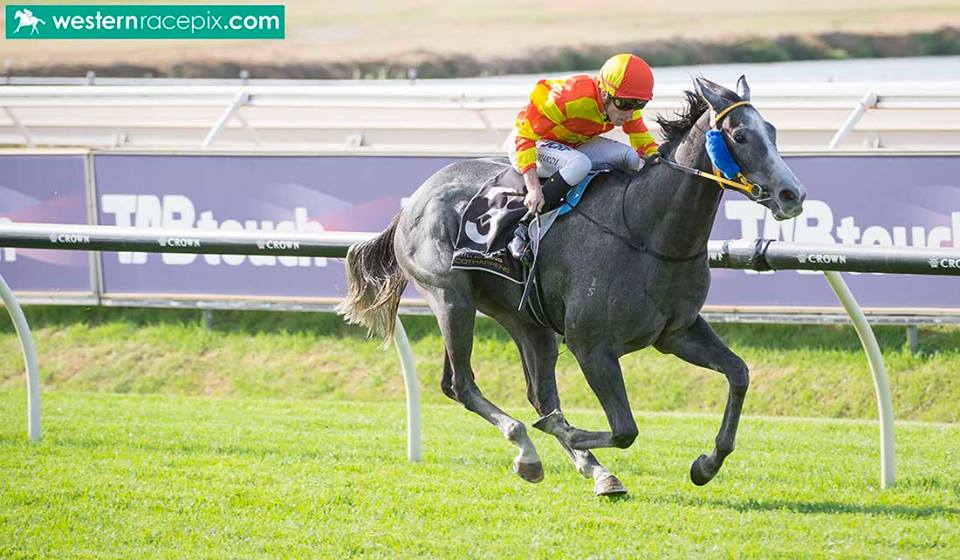