Agent Pippa jumped straight into stride on Friday and pinched a big break in the straight to defeat fast closers Assetro (Blackfriars) and Bam’s On Fire (Universal Ruler).  She had attracted interstate interest after winning on debut at Ascot in October but didn’t finish off as expected when resuming in the LR Supremacy Stakes on March 17.

“That was a high-pressure race first-up.  She race outside Lady Cosmology in front and Party Night was three deep.  We pushed on knowing she would be fitter although we didn’t want it any further today.”

Demerit (Lonhro) had opened his black-type account when Kiss Bang Love claimed the 2017 Gimcrack Stakes from Lucy Mae.  She didn’t fire when the runner-up turned the tables in last year’s Karrakatta.

“I didn’t want to wrestle her when she got out running,” jockey Joe Azzopardi said.  “She was a bit hot before race but settled and gave me a good kick.

“I will decide whether to ride Agent Pippa or Chix Pic closer to the Karrakatta.  It’s still a couple of weeks away.  They’re both classy and I just hope I pick the right one.”

Agent Pippa’s owner Wes Martin sold a half-share to Melbourne businessman Rod Menzies shortly after her winning debut.  Her dam Female Agent (Commands) was purchased off the track by Taunton Vale and she foaled Double Digit (by Demerit) to win at Belmont earlier this season

Demerit is climbing the WA sires’ ladder with his current 2yo crop the fourth since retiring to Taunton Vale.  His career highlights in 2009 were a debut second to Black Caviar in the LR Blue Sapphire Stakes and a G3 Caulfield Guineas Prelude victory over Manhattan Rain and Starspangledbanner.

His strike-rate in March included Ascot winners Get The Vibe and Recoiled while Danny George doubled up at home for Pinjarra trainer Brett Pope.  Taunton Vale also weighed in with Perth Magic Millions graduate King Of Wu (Teofilo) at Ascot.  He sold for $9,000 to managing part-owner Steven Dunning and has now earned $208,000.

Agent Pippa and Miss Merit (Kalgoorlie) closed the month on a winning note before Diraja Jewel & Second Best started April with another Demerit double at Albany on Easter Sunday. 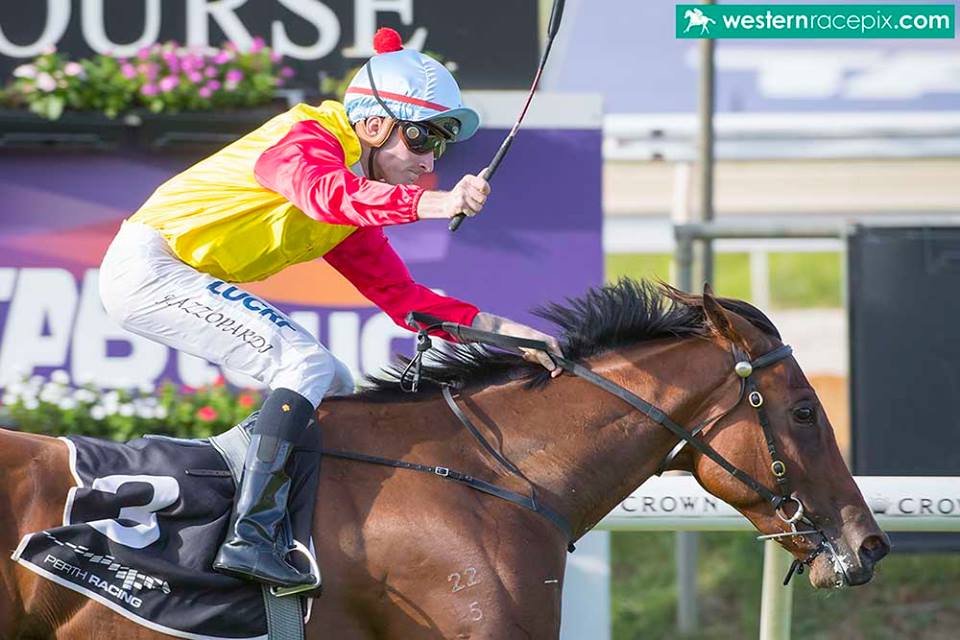