Friar Fox will be favoured to enhance the LR Natasha Stakes as a reliable guide to the G3 WA Oaks this year.

In the last decade, Grand Journey, Impressive Jeuney, Dreamaway, Delicacy, Balmont Girl and Moreish have completed the double.  In 2012, Blackfriars sired Pop Culture to win the WA Oaks following a brave second to Caiguna in that year’s Natasha.

Friar Fox was given the run of the race by Shaun O’Donnell and he presented a lap-full of horse at the top of the straight to win by three lengths from Modern News (Savabeel) and last-start LR Ascot 1000 Guineas winner Like A Butterfly (Blackfriars).

“That was awesome,” O’Donnell said after returning to scale.  “She had no luck last time in the 1000 Guineas.  Nothing annoyed me today and she dominated.  With a bit of luck, I’m confident she can do the job in the WA Oaks.”

Friar Fox became the 38th stakes winner for Blackfriars and the latest addition sent the deceased stallion’s earnings past $3.65 million this season.  Bred by Scenic Lodge, she was purchased by part-owner and trainer Justine Erkelens for $14,000 at the 2016 Perth Magic Millions.

Her dam Pearlesque (Statoblest) won two in a row at Ascot for trainer David Rudland and is a younger sister to Perth stakes winner Impressive Stats.   She has a 2yo Blackfriars filly named Ocean Candy, a yearling colt by Universal Ruler and she’s back in foal to Blackfriars off an early cover last September.

Blackfriars sired winning doubles at both Ascot meetings over Easter – I’m A Love Man & Tellem We’re Comin (Friday) and Friar Fox & Middle Earth (Saturday) increased his strike-rate to 80 winners of 118 races since the start of the season.

Tellem We’re Comin started an odds-on favourite in the Heineken Hcp (1600m) and overcame a check in running for a pleasing trial ahead of the G2 WA Derby (2400m) on April 21.

“He was in traffic and it got a bit messy,” jockey Willie Pike said.  “But class told when he got out and he really hit the line.  You can’t do any more than that.” 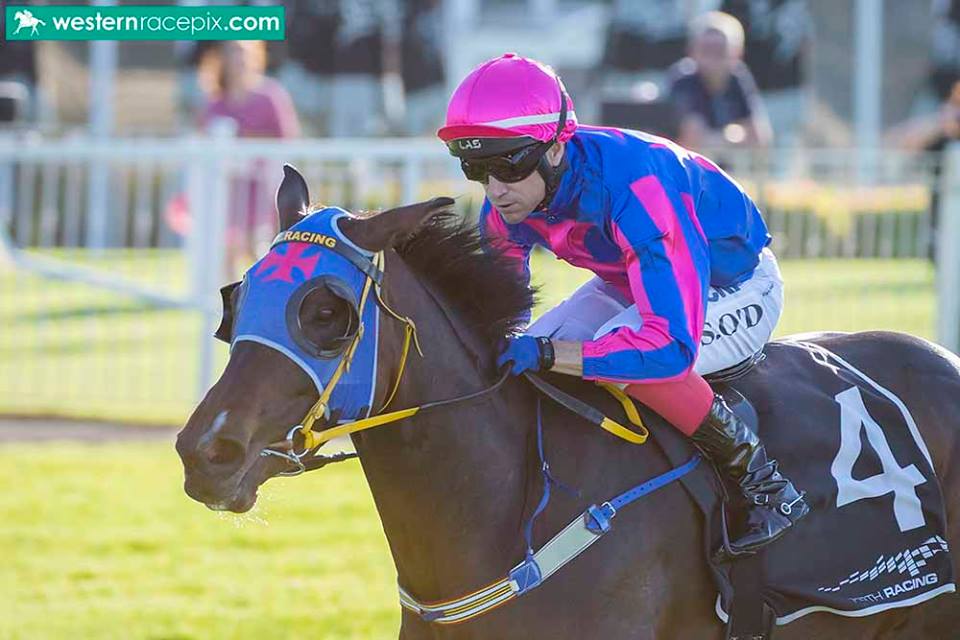