Master Magician has completed a March to remember for Universal Ruler after conjuring up a long-distance victory at Ascot on Easter Saturday.

Scenic Lodge stallion Universal Ruler is better known for siring jump and run gallopers, staying is hardly their forte, with only a small percentage of his stock winning past 2000m.

Master Magician is an exception for Impressive Racing trainer Darren Mcauliffe.  His dam About To Blow (Saxon) is a half-sister to 2007 Bunbury Cup winner Belarus (Xaar).

“He has tender feet although it’s not a major problem,” Mcauliffe said after an easy victory in the TABTouch Hcp (2200m).  “He ran well when second in the Mt Barker Cup last time and the tearaway leader gave him a lovely tow into the race today.”

March was a breakout month for Universal Ruler with stakes winners in Perth and Bunbury.  Classy filly Lady Cosmology (LR Supremacy Stakes) heads his emerging crop of 2yo fillies and Abdicator (LR Rangeview Stud Classic) is a 3yo with a bright future.

Lady Cosmology races for an Amelia Park partnership and is one of the favourites for the $500,000 Karrakatta Plate (1200m) on April 14.  The Simon Miller-trained filly won the Supremacy first-up from subsequent G3 Gimcrack Stakes winner Agent Pippa and she will go straight into the Group 2 without another run.

Miller also has the Karrakatta in mind for his Universal Ruler filly Market Ruler who won on debut at Bunbury on March 25.  She is a homebred for David Reed and is a half-sister to LR Melvista Stakes winner Gold Broker.

Reed sold a 30% share in Market Ruler at a charity auction last year and donated the proceeds to the Passages Resource Centre.  It’s a joint venture between Rotary and St Vincent de Paul helping homeless young people in WA.

Bam’s On Fire is a third Universal Ruler filly who wouldn’t be out of her depth in the Karrakatta.  She missed the kick by six lengths in the Gimcrack Stakes and rocketed home to earn her first black-type in third place.

Universal Ruler’s juvenile division also includes the Mcauliffe-trained gelding Rebel Knight.  He resumed from a summer spell with a promising third in the Magic Millions Plate at Ascot last week and is bred to make the grade – his dam Rebel Sister (Falbrav) is a half-sister to Black Heart Bart.

Cool Will and Rock’n’ruler are two other sons ready to debut after placings at the Belmont trials in March.  There were 88 Universal Ruler foals born in 2015 and they can take him towards the top of the WA 2YO premiership in the second-half of this season. 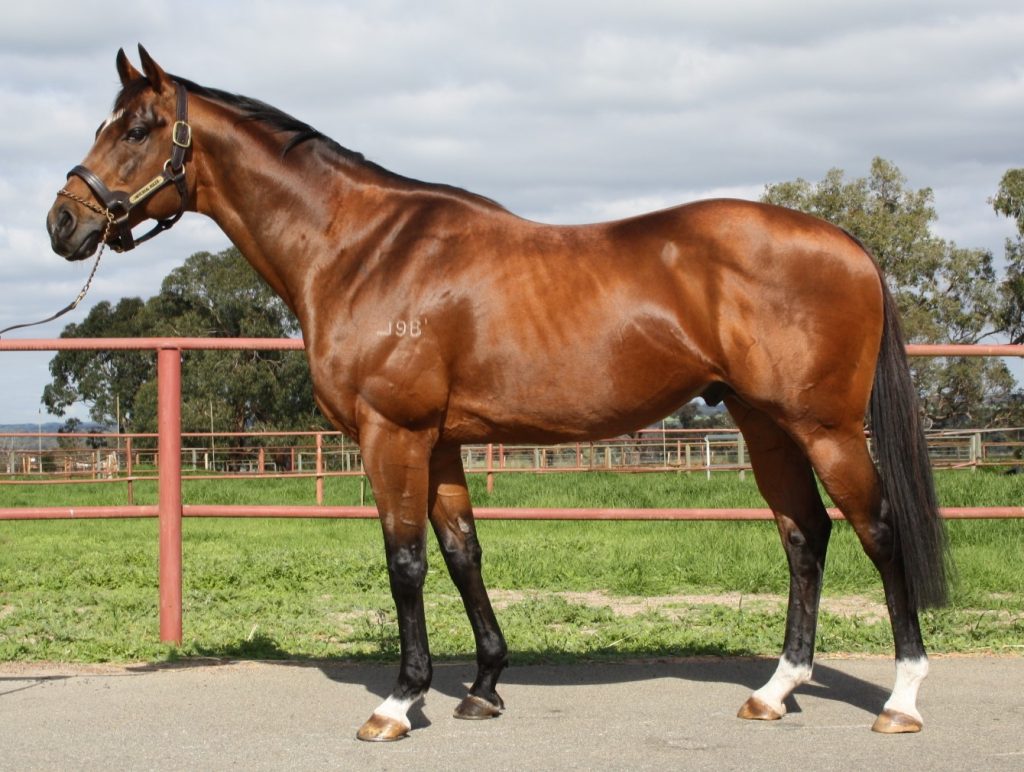