Home Playing to win at Mungrup

Playing to win at Mungrup

Playing God increased his lead at the top of WA first-season premiership when Lordhelpmerun won the G3 Sires’ Produce Stakes (1400m) on Saturday.

The Mungrup Stud freshman also sired third-placed Platoon in the juvenile feature at Ascot to boost his progeny earnings to over $354,000. He holds a healthy margin over Galah ($189,000) for this season’s title.

Lordhelpmerun won second time out at Ascot in March before a promising third in the G2 Karrakatta Plate. He settled perfectly behind a fast pace for Shaun McGruddy and then held off a late challenge from Lady Cosmology (Universal Ruler).

“I’m pretty emotional,” winning trainer Steve Wolfe admitted. “It was a great effort and a great ride by ‘Shooter’. I said the sparks would fly early and that the way it worked out.”

Lordhelpmerun was purchased by Commercial Bloodstock (FBAA) agent Noel Carter for $25,000 from Toreby Park at the 2017 Perth Magic Millions. He was bred in partnership by Neville Parnham who trained Playing God to 8 wins and $1.67 million in prizemoney. He also prepared the winner’s dam Pure Heaven (Snippetson) and second-dam Magic Heaven (Magic Ring).

Wolfe indicated Lordhelpmerun would be spelled for the G2 WA Guineas (1600m) at the Ascot summer carnival. His sire won the 2010 WA Guineas and then defeated all-comers for the first of two Group 1 victories in the Kingston Town Classic.

Although Parnham had produced Playing God to win as an autumn 2yo, his first crop are well ahead of schedule. He has also sired the placegetters Wakan Tanka and Son of Bacchus while Classy Lassy and Playing Zeus won Belmont barrier trials earlier this month. 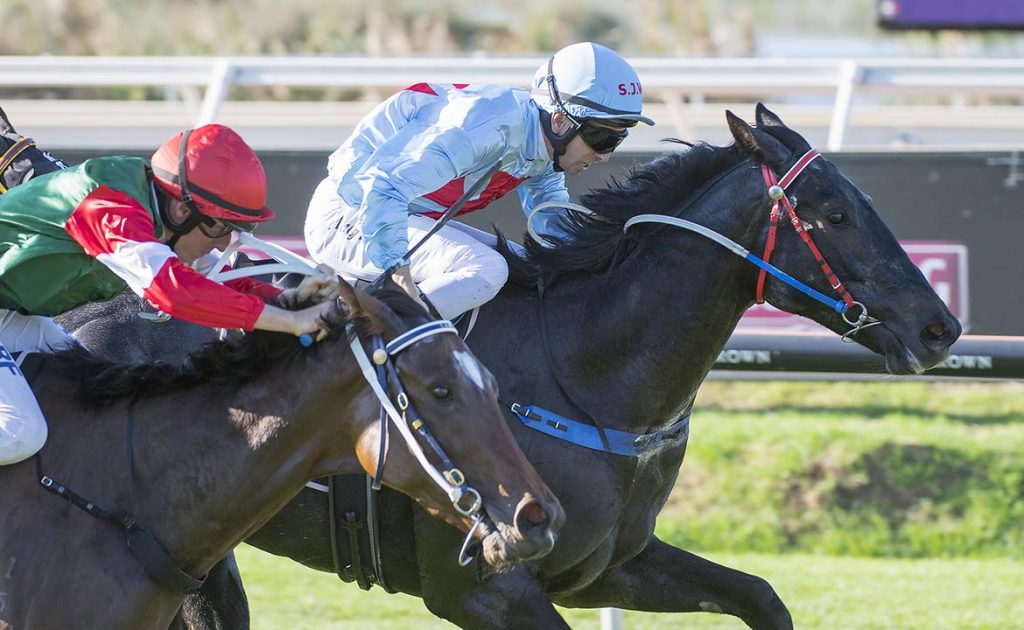