Home Proart at the Double

Proart at the Double

Great Southern gelding Double Edged won like a horse well short of his highwater mark at Albany on Thursday.

The Proart sprinter led from the gates and pinched a winning break from Anna Amalia (Oratorio) & Waychinicup (Patronize) in the Nexus Risk Services Hcp (1100m).  Owner-trainer Gordon Keay bought him from clients of Simon Miller last year and it’s rare race-day when he doesn’t bank a cheque.

Keay is a sheep farmer at Pingrup and his son Bryan said consistency will take Double Edged further up the grades.  “He won as a 3yo at Belmont but Simon had to make room for the next batch coming into the stable.  He’s been a great buy for Dad and we will go again next Sunday week (April 22) at Narrogin.”

Double Edged is the first foal of Monnie’s Double (Dubleo) and the mare has a 2yo filly and a filly on the ground by Proart for breeder Neil McGill.

Miller put Proart on the map at stud with stakes winning filly Rosmartini (LR Belmont Oaks & LR Belmont Classic).  She was from his first crop of a dozen foals conceived at Korilya Stud.

Bryan Keay has another Proart connection through Knight Of Pro.  He’s a grain-broker and a neighbour of Robert and Todd Harvey who train the Ascot winner for Balmoral Park owner Neil Irvine.

A Knight Of Pro’s half-sister Roman Dame (Holy Roman Emperor) has a filly among the current crop of Proart yearlings being educated at Balmoral Park in Bedfordale.  There are shares available in several of them and stud manager Brian Collison can be contacted to arrange an inspection on 0411 055 164. 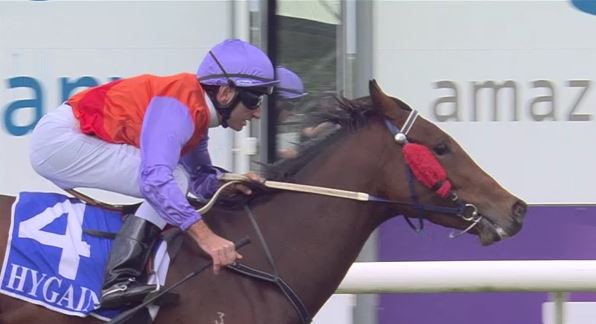