Untapped 2yo Valour Road will stay in training to put his unbeaten record on the line in the G3 WA Sires’ Produce Stakes (1400m) at Ascot on April 28.

The Yarradale Stud-bred chestnut won the Magic Millions WA Classic at Pinjarra in February and confirmed his ranking as the top juvenile in the State with another convincing victory in the G2 Karrakatta Plate on Saturday.

“I will monitor his progress before committing to a start in the Sires,” trainer Simon Miller said on Monday. “He’s very good…I just don’t know how good!”

Valour Road (Frost Giant) jumped straight to the lead in the Karrakatta and kept finding in the straight to defeat stablemate Lady Cosmology (Universal Ruler) by a half-length.

It was Miller’s third Karrakatta following Night War (2011) and Whispering Brook (2016). “It’s a race I want to win every year,” he said. “This horse is good enough to go east and he should get a mile next season.”

Valour Road was bred and sold by Yarradale Stud for $60,000 at the 2017 Perth Magic Millions. He is from the final Sunspeed crop of Giant’s Causeway sire Frost Giant (USA) who shuttled to Gidgegannup in 2013 and 2014.

Yarradale owner Ron Sayers, who won a Karrakatta with Born Priceless in 2001, kept a share in the gelding who is the first foal of Melba Avenue (Street Sense). Sayers had bought the dam as a weanling from Darley for $40,000 and, after winning a Northam maiden for Lou Luciani, she foaled Valour Road and followed up with a colt by War Chant.

Yarradale sires, part and present, have been on a roll this month starting with War Chant mare Dainty Tess (Marjorie Charleson Classic) on April 7. She can win again this Saturday in the G3 Irwin Stakes at Morphettville.

Quilista (Scandal Keeper) completed a hat-trick at Randwick in the G2 Sapphire Stakes on Saturday and Falcon Crest (Musket) kicked off the Karrakatta meeting in the LR Old Comrade Stakes.

Yarradale’s homebred filly Mizlecki (Lope de Vega) is a last-start winner of the LR Raconteur Stakes and she has been nominated to back-up in the LR Sheila Gwynne Classic at Ascot this Saturday. 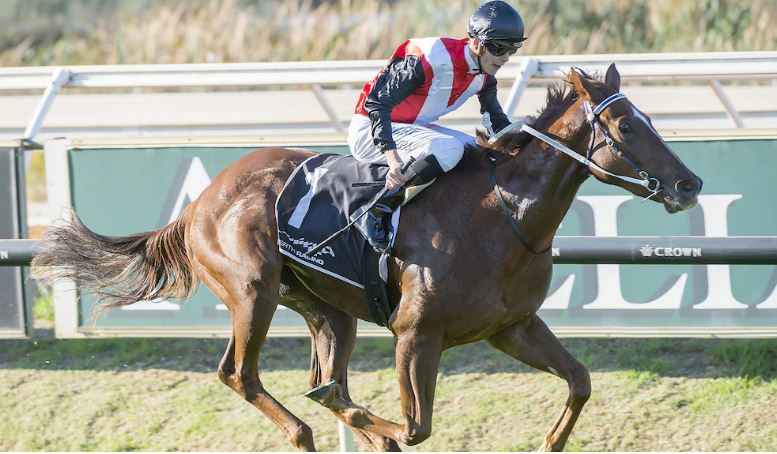