War Chant (USA) star Silent Sedition has been entered for the Magic Millions National Broodmare Sale starting on May 29.

A winner of 7 races and $1.17 million, she will endeavour to win another Group 1 in the Queen of the Turf Stakes (1600m) at Randwick this Saturday.

Silent Sedition won a Cranbourne barrier trial last Tuesday following a blanket-finish third in the G1 Coolmore Classic at Rosehill on March 17. “She’s going to be a month between starts but didn’t want another run,” trainer Andrew Noblet said. “She trialled well, had a good blow and is on track.”

Adelaide-based owner Tom Curnow bought her for 45,000 from Korilya Stud at the 2014 Perth Magic Millions. She is bred in the purple and will attract all the Hunter Valley heavyweights to the Gold Coast – her dam Fiorentina (Dubai Destination) is a half-sister to G1 Dubai World Cup winner Monterosso (Dubawi) and second-dam Porto Roca (Barathea) won a G1 Coolmore Classic at Rosehill.

Dainty Tess is another War Chant mare with a Group 1 in sight after winning the $100,000 Marjorie Charleson Classic (1200m) at Ascot last Saturday. A year younger than Silent Sedition, she has won 11 races and over $850,000 for a syndicate managed by trainer Dan Morton.

“I told Shaun (O’Donnell) to ‘stay out of trouble’ and he summed the race up perfectly,” Morton said. “It was a good hit out and helped blow the cobwebs away – everything is ticking over.”

Dainty Tess will travel east for a campaign that includes the G1 Robert Sangster Stakes (1200m) in Adelaide on May 5 and G1 Tatt’s Tiara (1350m) at Doomben on June 23.

War Chant introduced another promising War Chant from Yarradale Stud earlier in the day at Ascot. His 2yo grey filly Super Stardom won the Amelia Park Plate (1000m) after being backed from $21 into $12.

Part-owner and trainer Neville Parnham obviously rates her highly but will resist the temptation to back-up in the G2 Karrakatta Plate this Saturday. Her dam Deemed Priceless (Anabaa) is a daughter of Yarradale’s 2001 Karrakatta Plate winner Born Priceless and, in hindsight, she was a bargain $24,000 buy at the 2017 Perth Magic Millions.

Yarradale completed a tremendous day at Ascot when Mizlecki won the LR Raconteur Stakes (1500m). The Lope De Vega filly carried the Yarradale colours to victory for trainer Fred Kersley after failing to reach a $30,000 reserve at the 2016 Perth Magic Millions.

Her dam Miss Strezelecki (Al Maher) foaled a Gingerbread Man filly in September. She is a half-sister to the dam of South African Group 1 winner Entisaar. Their second-dam Magdalena won a LR Burgess Queen Stakes for trainer Len Morton.

Yarradale has announced its annual yearling sale will be held at Gidgegannup on Sunday, May 20. 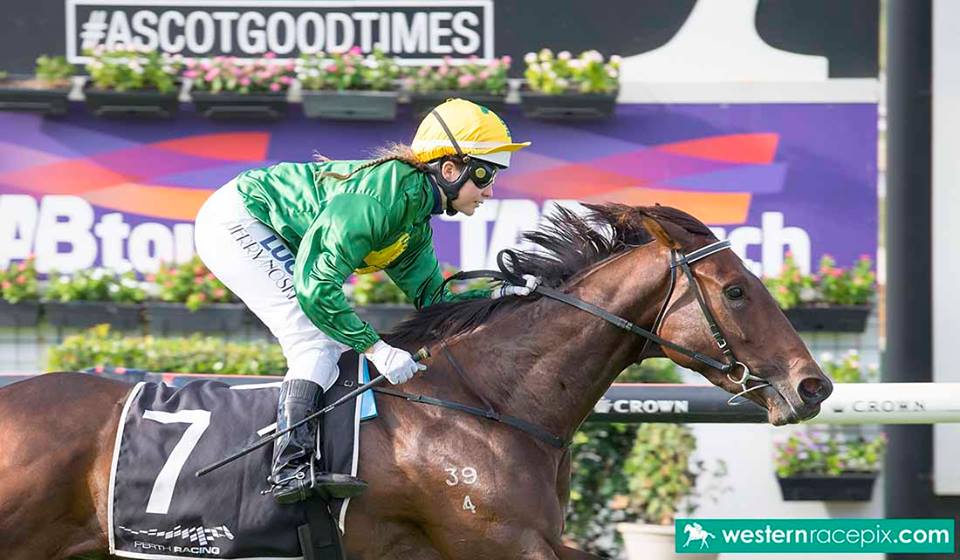