News that Agent Pippa is on the sidelines has dealt a blow to Demerit’s chances of winning the WA 2YO sires’ premiership this season.

The Taunton Vale stallion took an early lead on the 2YO ladder, however, he couldn’t consolidate when Agent Pippa was scratched from the G2 Karrakatta Plate last Saturday.  Valour Road took advantage of her late withdrawal to give his sire Frost Giant (USA) a $250,000 margin at the top of the table.

“We’re absolutely gutted that Agent Pippa had to be scratched from the Karrakatta due to a hoof abscess,” co-trainer Ben Pearce said.  “She had been aimed at the race for a long time.”

Demerit hit straight back with fleet-footed Get The Vibe in the final race on Saturday for trainer Jim Taylor.  The 3yo filly was on her best behaviour and was home-and-hosed after pinching a four-length break in the Ascend Sales Trophies Hcp (1200m).

Get The Vibe had a point to prove after a last-start failure behind Necklet in March.  “She was in season, blew the start and then ran into a dead-end,” Taylor recalled.  “She has ability but can be a bit moody.  We’ve had her in the barriers for the last two weeks and she pinged away today.

Taylor paid Taunton Vale $30,000 for Get The Vibe at the 2016 Perth Magic Millions.  She has won $187,685 including Westspeed bonuses of $85,000 for a large syndicate that includes his wife Tina, mother Lois and daughter Brittany.

Her dam Once A Week (Dr Johnston) won five times up to 2200m in Perth and her most recent foal bred by Taunton Vale is a Demerit colt born in September.

The Demerits have won a dozen races for Taylor and he can saddle another when Lorentinio returns from a spell in Race 9 at Ascot this Saturday.  He also prepares Point Taken who won a Belmont 2yo trial on Monday.  She is a younger sister to Demerit’s G3 Gimcrack Stakes winner Kiss Bang Love. 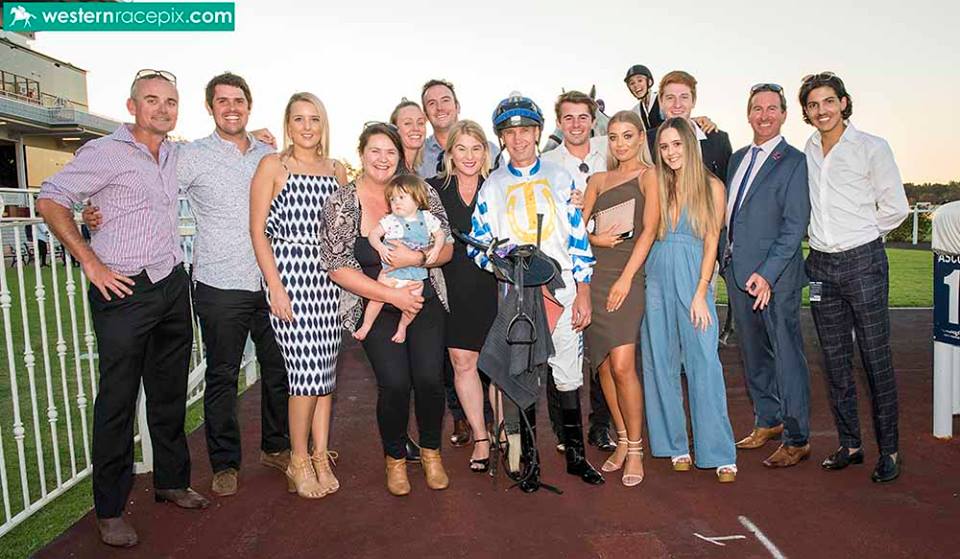