Patronize 3yo Alpha Sky showed his versatility with a front-running victory under the guidance of Willie Pike at Ascot on Saturday.

Given a rest along the riverside, he refused to surrender when Rogano geldings Roganella & In Love With Paris issued challenges in the Neometals Hcp (1400m).

Alpha Sky had came from last for a debut win at Ascot a month ago before bumping into Fabergino second-up. “He broke clean so I decided to take advantage at the weights and let him roll forward,” Pike said. “He had a good kick left and really found the line.”

“I think he’s a better chaser but there was no speed today and Willie got him into a rhythm,” Miller explained. “He’s a nice horse but struggled against one right out of the box last time.”

Chix Pic (LR Perth Stakes) leads his current crop of juveniles and recent 2yo trial winner Arnie’s Boy can add his name to the list when resuming at Ascot on Wednesday.

Patronize also has a filly catalogued as Lot 17 for the Yarradale Stud Yearling Sale next Sunday. She is the last foal from Enticing Smile (Hussonet) and is a half-sister to last week’s Belmont trial winner Beguiler (Gingerbread Man). 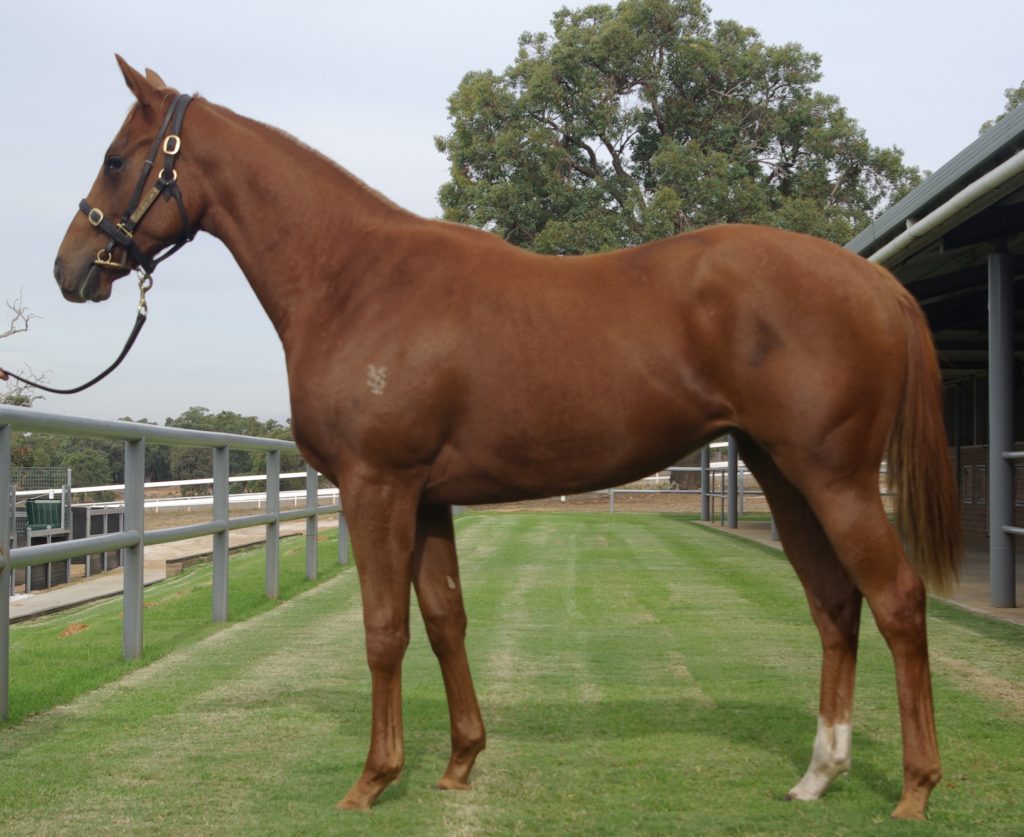