Home Ascot sting by a Pro

Ascot sting by a Pro

Proart 3yo Invisible Pro doesn’t know how to run a bad race and that consistency paid off at Ascot on Wednesday.

A Pinjarra maiden winner in February, he had been knocking on the door in town and was rewarded with a half-length victory in the Secretary Rex Twogood Hcp (1600m).  After sitting at the girth of Monash, he rolled to the front off a slow tempo and then dug deep to deny odds-on favourite Aconite.

“It was a good ride by Jarrad (Noske).  He took the sting out of the rest of the field by going forward,” trainer Simon Miller claimed.  “The horse went up 4kg today but he’s tough and is ready for a Saturday race now.

“And full credit to my apprentice Kate Southam.  She declared him after riding trackwork on Saturday morning.”

Double Edged is another consistent son of Proart and he can sign off the Great Southern season with a flourish this Friday.  A winner of his last two starts at Albany, he will be piloted by premiership-winning apprentice Brodie Kirby in the Amity Tavern Hcp (1100m).

Proart (Rock Of Gibraltar) is building a strong winning strike-rate from limited covers before he arrived at Balmoral Park in 2015.  His current crop of yearlings are the first conceived at the Bedfordale nursery and there are shares available in them by arranging an inspection with stud manager Brian Collison on 0411 055 164. 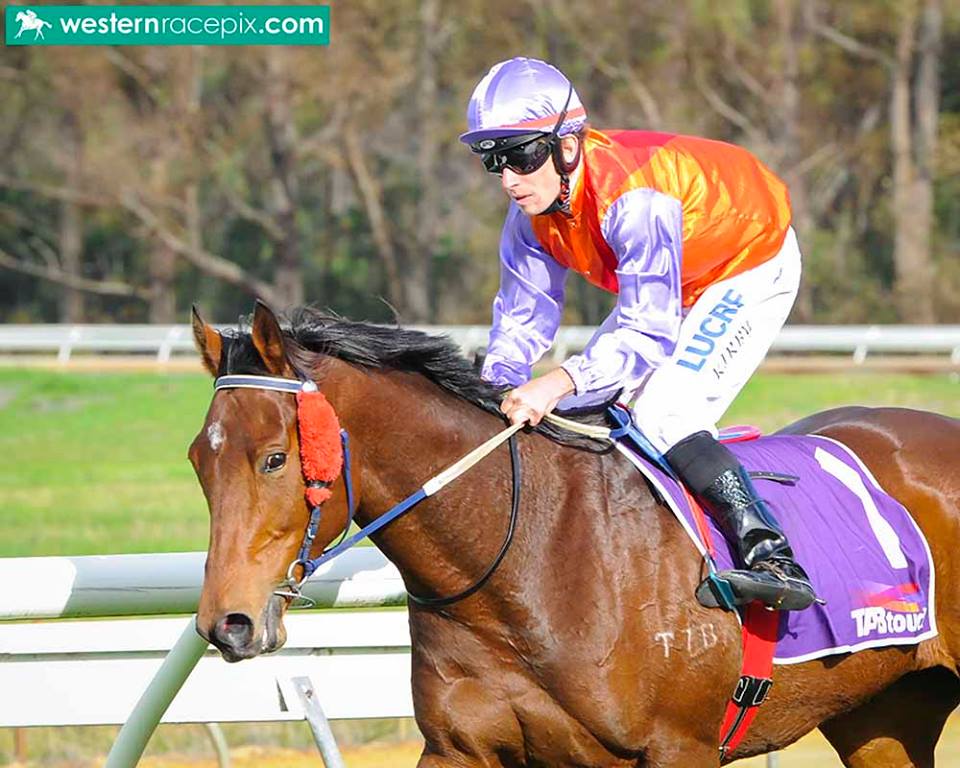