Mungrup Stud-bred gelding Gauged is the Great Southern Horse of the Year following the final meeting of the season at Albany.

Sponsored by Western Racepix, the title went down to the wire on Friday.  Queen Tori and Our Buddy Boy could have squared the ledger but were both unplaced at Spencer Park.

Gauged (Danehill Express) was also instrumental in Steve Wolfe winning the Great Southern training premiership. He won at Mt Barker in November & December and completed a running double at Albany in April.

“It’s been a fantastic 2017-18 for our stable,” Wolfe said. “And Gauged has been flying in the Great Southern this season. Congratulations to his patient connections, this fellow’s on track to fulfilling his potential.”

Wolfe purchased Gauged for $30,000 at the 2014 Magic Millions and struck again with a $62,000 bid to buy his yearling half-sister by Playing God this year. He prepared their dam Moodometer (Pricelessly) to black-type victories in a G3 WA Oaks and LR Sheila Gwynne Stakes.

His Victorian-based gelding Cougar Express began his jumping career with a win in the George Taylor Memorial Hurdle (3200m) at Warrnambool on May 1. Owner-breeder Ross Ditchburn sent the gelding east following Listed victories in the 2016 Bunbury Cup and Kalgoorlie Cup. 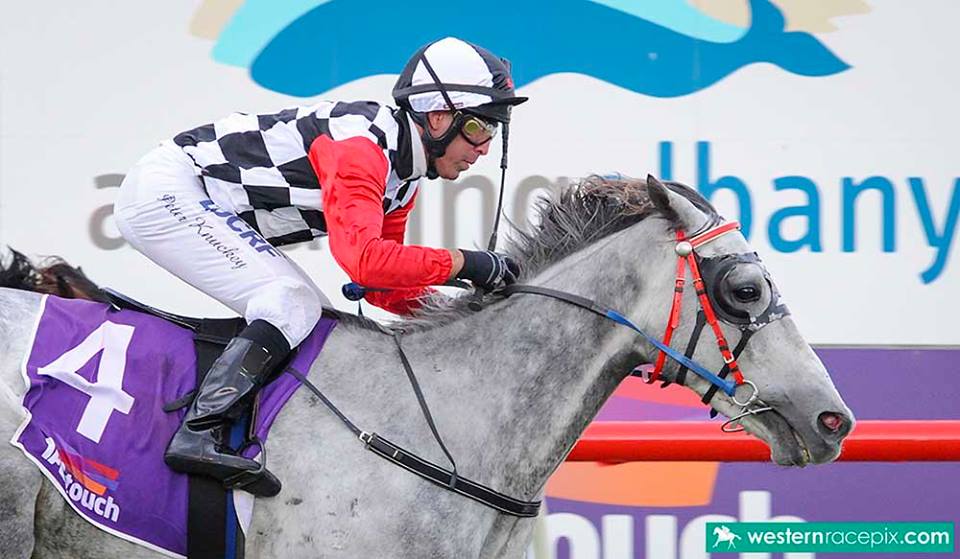