Raced by Neville and Carol Parnham, he had broken through in town on Anzac Day and did best in a duel with Stratocreed for a long-head victory in the Ascend Sales Trophies Hcp (1200m).

“It’s usually best to hold him up but we had to adapt in the small field,” winning jockey Stephen Parnham said after sitting one out and one back. “I got nice track into the race and he finished the race off nicely.”

Silent Sedition (War Chant) was a $45,000 buy from Korilya Stud at the 2014 Perth Magic Millions and she will tour the sale-ring again as Lot 784 at the Magic Millions National Sale on Tuesday, May 29.

She has amassed over $1.17 million in career prize money, a brilliant return for owner Tom Curnow of Aqua Trained Thoroughbreds. Her finest hour came when beating Hellbent (I Am Invincible) in the 2017 G1 William Reid Stakes (1200m) at Moonee Valley.

Trainer Andrew Noblet said the 5yo mare could race on after the National Sale. “She might have another campaign and will eventually be a great option for a breeder as she is an outcross for anything. She’s a neat mare, not small, but could go to a bigger stallion no worries at all and would match up well.

“She is very special mare to me,” Noblet added. “Tom and I have been going to Perth for a few years now. He does the pedigrees and I look at them on type.”

Silent Sedition’s dam Fiorentina (Dubai Destination) will also be offered at the National Sale as Lot 1066. She’s in foal to Fastnet Rock. 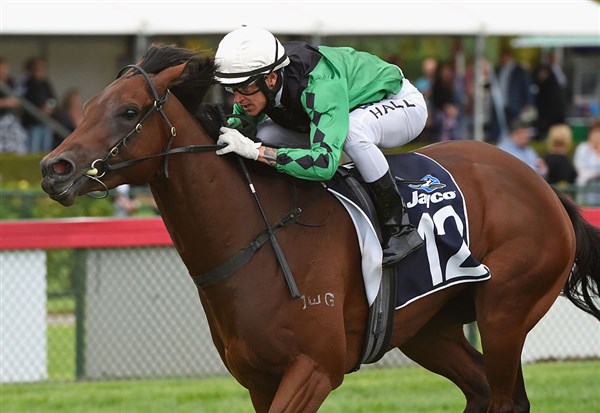