Perth galloper on target for Purton

Zac Purton has closed the gap on Joao Moreira for the Hong Kong jockeys’ premiership with a winning wave that includes former Perth galloper Starlit Knight.

He reached a century on Wednesday evening aboard the WA-bred stakes winner in the Cornwall Hcp (1600m) at Happy Valley.  “To get 100 wins was my target at the start of the season,” he said.  “In one respect, it’s now job done, but in another respect, it just means there’s another target to work towards.”

Purton can pilot Starlit Knight to more wins during the back-half of the season.  “He needed time to get used to Hong Kong,” trainer Me Tsui said after the three-length victory.  “Now he can do something in Class Four.”

Starlit Knight won the LR Raconteur Stakes at Ascot in 2016 when racing as All Gee.  He was bred by Loloma Farm owners Kevin Fowler and Kelly Everett using Fath (USA) over Jeunes Knight (Jeune).

They retained Jeunes Knight’s winning daughter Do You Do (Citidancer) and sent her to Rivercrest Park last year for a maiden cover to God Has Spoken.

Studmaster Phil Ibbotson stood Danzig sire Fath at Westbury Park in Pinjarra until 2012.  His only other southern-hemisphere stakes winner was Loloma Farms mare Fancy Feet in the G3 Strickland Stakes.

Fancy Feet was sold to Makybe owner Tony Santic for $90,000 at last year’s Magic Millions National Sale and she foaled a Zoustar filly in August. 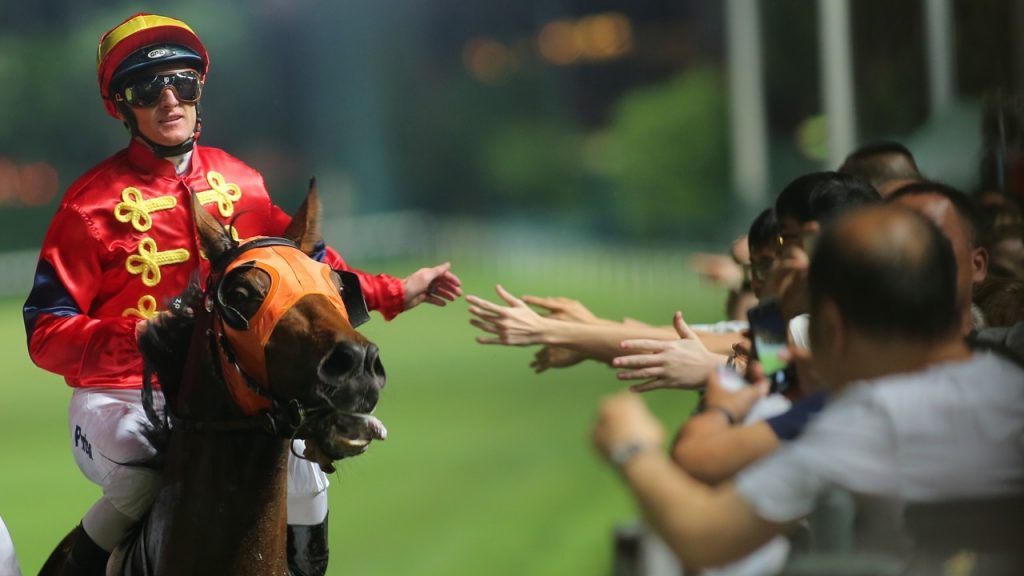