Lindsay Park sprinter Royalic climbed off the canvas to win the Porter Plant Hcp (1000m) for his WA-based owners at Ballarat on Wednesday.

The field was stretched across the track at the post in what commentator Matt Hill called a “grandstand finish”.

Royalic was headed at the furlong but kept lifting to score by a nose from Lord Barrington (NZ).  Only a half-length covered the first six home!

Co-trainer Ben Hayes said Royalic is ready to go to the next level.  “He’s been training extra well at home and the Heavy 8 was the only query.  Otherwise, we would have liked him today.  He’s really come on this prep and will go to town now.”

Royalic had completed a hat-trick at Pinjarra before returning to Victoria last year.  He’s a younger brother to Trump who won a G3 Gunsynd Classic in Brisbane and three races in Hong Kong for trainer Manfred Mann.

Winning jockey Andrew Mallyon admitted there’s a right and wrong way to ride Royalic.  “He has a lot of ability but you have to keep him on the bit and he will keep going.  I put him outside the leader and he was happy to come back underneath me.  Then I held him together in the straight and he was strong at the finish.”

A son of Written Tycoon, he is raced by Rapid Equine’s Neil Irvine who owns Balmoral Park in Bedfordale.  Well-known WA owner-breeder Steve Palmer is also a partner in the gelding who has now won 6 races in 24 starts.

Irvine has another winning prospect this weekend when racing returns to Belmont for the winter season in WA.  His stallion Proart is the sire of Double Edged who comes to town following a double at Albany.

Double Edged was bred by Neil McGill and is raced by owner-trainer Gordon Keay.  He has already won at the track and trip of the Glenroy Chaff Hcp (1000m) this Saturday.

Proart (Rock Of Gibraltar) has his latest crop of yearlings being educated at Balmoral Park.  There are shares available in several of them and stud manager Brian Collison can be contacted to arrange an inspection on 0411 055 164. 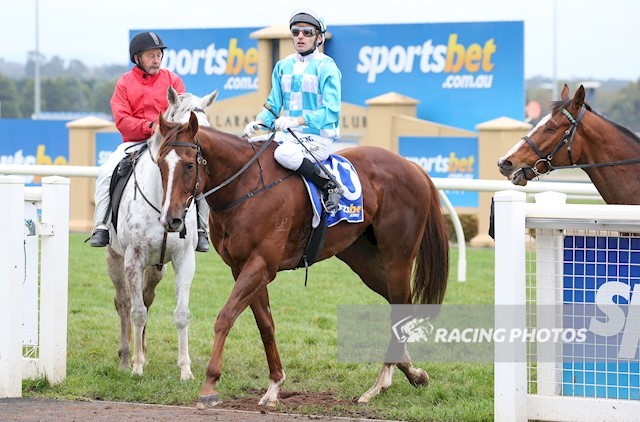