Scenic Lodge duo Dash For Cash and Snippetson have continued their winning runs with couple of very promising 3yo fillies in Victoria.

Grey Shadow (Dash For Cash) showed a superior turn of foot to land the Honan Insurance Hcp (1100m) at Caulfield on Saturday and Absolute Heaven (Snippetson) won her maiden by three lengths at Geelong on Sunday.

The Scenic Lodge residents combined to sire a total of 24 winners during April.

Grey Shadow appreciated a drop back in distance on Saturday off a solid first-up run at Sandown.  The Darren Weir trained filly had been given the thumbs up by jockey Jamie Mott after a debut win at Kyneton in October.  “She’s a lovely filly and it was a soft win,” Mott said.  “I think she’s has a nice future and will keep improving into open grades.”

Dash For Cash sired her from Masai Miss (Choisir) who is related to LR Belmont Guineas winner Siranto (Laranto).

Absolute Heaven (Snippetson) will head straight to town after a front-running demolition of the Rex Gorell Maiden (1325m).  She made the breakthrough after placings in her previous four starts.

“She has a lovely temperament and I can’t believe she hasn’t won before now,” jockey James Winks admitted.  “She’s run into a couple of good ones but is good enough to go to Sandown and win there, too.

“She bounced out and ran her own sectionals to suit today.  I let her slide into the bridle on the bend and she did the rest.”

Absolute Heaven is trained by Danny O’Brien and he prepared her older half-sister Absolut Glam to a Group 1 victory in the Qld Winter Stakes.  Her best foal to date has been Jazz Song (G3 Typhoon Tracy Stakes). 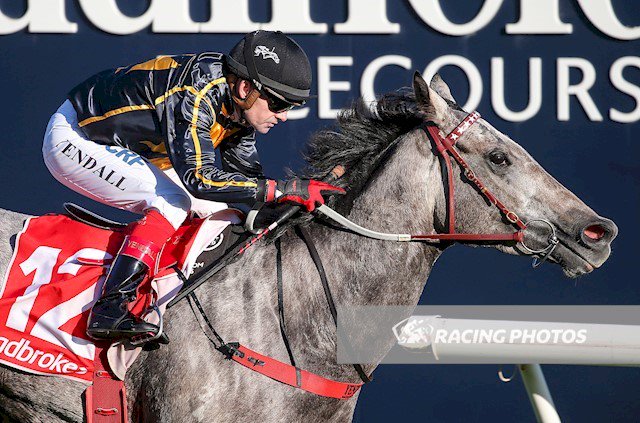