Former WA galloper Tradesman has earned a Group 1 start in Queensland with a resounding victory at the Warrnambool carnival this week.

Now with Darren Weir, Tradesman scored as easy as you like in the I Am Warrnambool Hcp (1700m) on the first day of Australia’s premier country meeting.  Managing part-owner Todd Harvey trained the son of Trade Fair to 7 wins in Perth, including a LR Belmont Guineas, before transferring him to Victoria earlier this year.

“He’s an exciting horse and has been nominated for the (G1) Doomben Cup,” Weir said.  “There’s also races like the Brisbane Cup and Caloundra Cup that fit in really well up there.”

Tradesman has made headway in all three starts for Weir and impressed winning jockey John Allen.  “He’s a big-striding horse and his Perth form is holding up.  He was better than this grade and we will push on to Queensland.”

A son of deceased Alwyn Park sire Trade Fair, he’s the final foal of Virelay (Laranto) who won at Ascot for the late Mark Spencer.  He was a $57,500 buy for Harvey out of the Toreby Park draft at the 2013 Perth Magic Millions.

Mogumber Park has kept a link with the family in WA through the dam’s only daughter Hart To Trade (Hartley’s Spirit).  She foaled a Safeguard filly first-up in October and was bred back to Rommel. 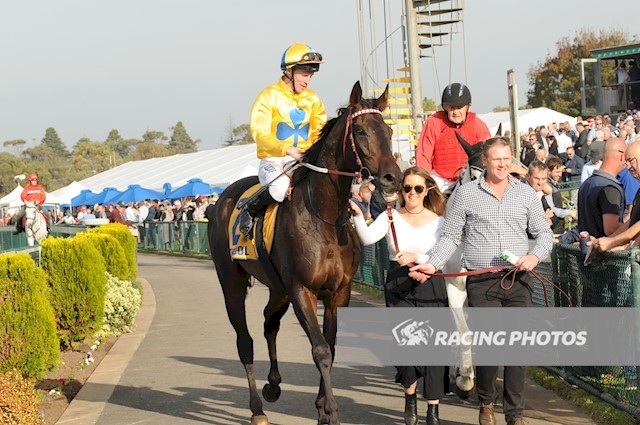