Todd Harvey missed out with Tradesman in the Doomben Cup on Saturday but he was already walking on air after Black Sabbath made it two-from-two at Ascot.

“He could be anything,” jockey Shaun McGruddy declared on the way back to scale.  “He’s got natural speed so I let him stride out of the gates.  He fired up for the first furlong but settled nicely when Taylor (Stone) went to the front on Nemiroff.”

Black Sabbath was a $47,500 buy from Scenic Lodge at the 2017 Perth Magic Millions.  His dam City Miss was part of the only Australian crop by Champion USA stallion Distorted Humour and she was an Ascot winner for Multiplex owner John Roberts.

Todd Harvey co-trains Black Sabbath with his father Robert for a syndicate that includes several part-owners of Tradesman.  “He’s very exciting and is untapped at this stage,” he said.  “We thought he would go shin-sore being a big type by Blackfriars but he hasn’t taken a backward step.

“We will put him out straightaway and come back for the (G2) WA Guineas.”

Blackfriars sired his only WA Guineas winner in 2010 with Playing God and he’s off to a great start at stud with Lordhelpmerun who is also being set for the $500,000 classic at Ascot on November 24.

Hoofnote:  Harvey elected to stay in Perth instead of flying east to watch his last-start Warrnambool winner Tradesman in Brisbane.  The Trade Fair gelding struggled in Group 1 company at Doomben but trainer Darren Weir believes he will be better suited in the G2 Brisbane Cup (2200m) on June 9. 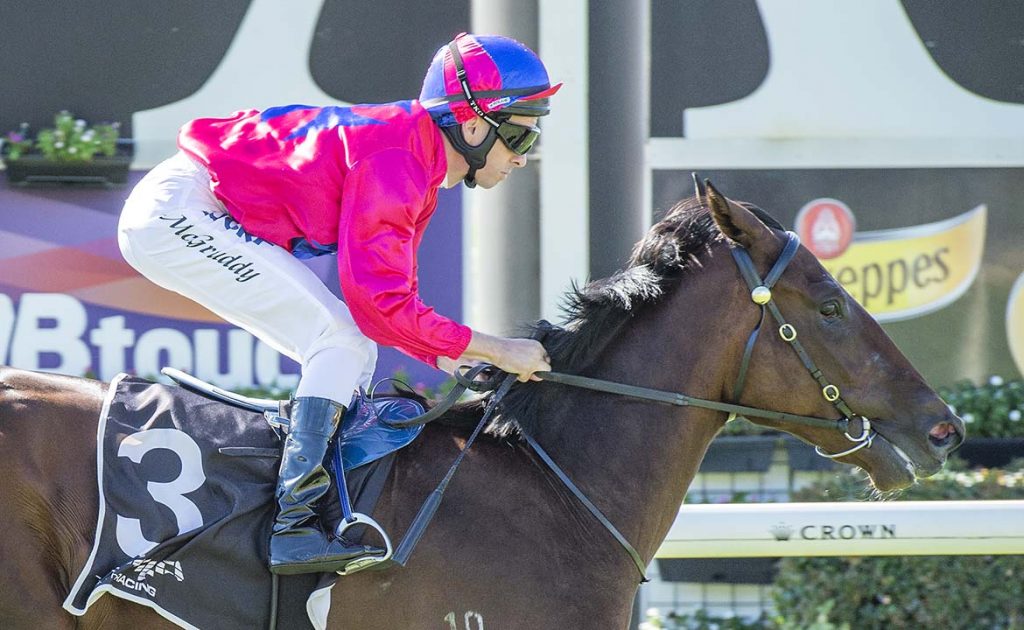