The Magic Man was aboard Jolly Amber for the first time in the France Galop Hcp (1800m) at Happy Valley.  The Ricky Yiu-trained galloper was positioned closer than his usual racing pattern to score by over a length from Purton on Aeroluminance (NZ).

Gold Front owner Alan Olive sold the winner to Yiu for $120,000 at the 2015 Inglis Melbourne Premier Sale.  He’s by Darley sire Sepoy from Shibata (Testa Rossa) who is a half-sister to Kidnapped (G1 South Australian Derby).

Shibata has a yearling filly by Gold Front stallion Slater and he is beginning to make inroads from limited numbers in WA.  A son of Redoute’s Choice from Group 1 star Special Harmony, he lived up to that pedigree with wins at Canterbury and Rosehill before going amiss in the G2 Roman Consul Stakes won by Buffering.

His promising filly Prue won twice at Ascot on either side of an unplaced run in the G3 WA Oaks last month.  She is trained by Dan Morton and opened up a 12-length lead during her last-start victory under Clint Johnston-Porter. 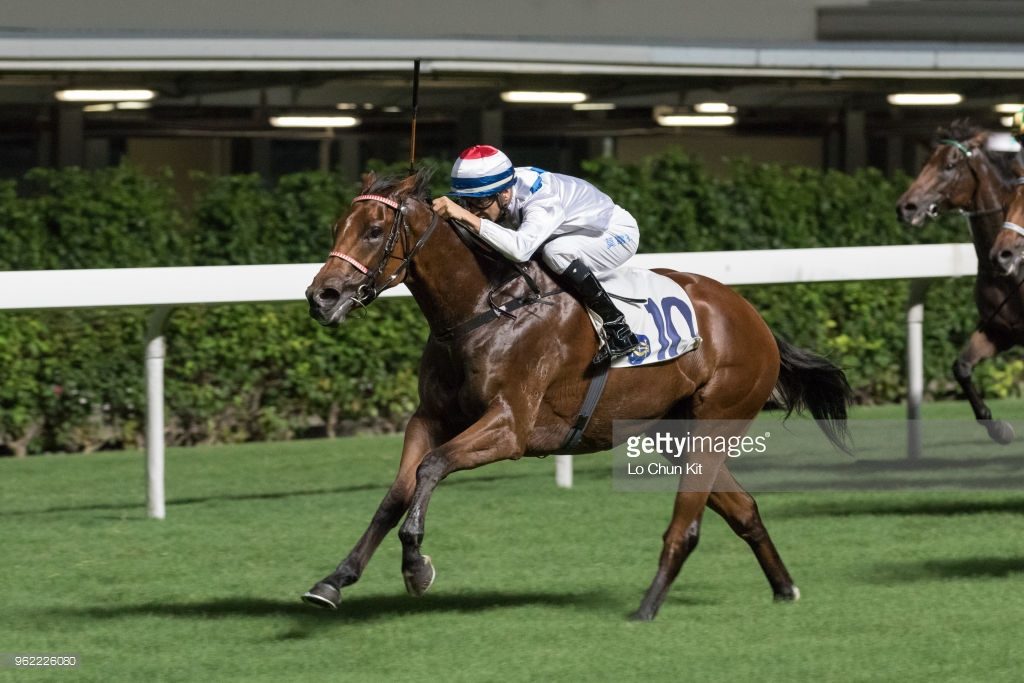